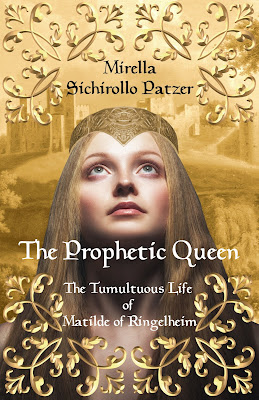 The Prophetic Queen
"I WAS BORN with the ability to prophesize the future. The destinies I dream about are impossible to alter, despite my many attempts to do so. With vibrant clarity, nightly visions forewarn me of good fortune, but also of despair, discord, and death--always death."
Matilde of Ringelheim, a paragon of virtue and achievement, a legendary woman of passion, beloved 10th-century queen, and saint of the Germanic states, was one of the most influential and charitable women in medieval history. Her story of love, family discord, betrayal, prophetic dreams, and political intrigue is an epic account of her history. As the virtuous daughter of a noble family educated in an abbey, young Matilde faces a promising future, but she keeps a secret. Through her dreams, she can predict the future. When Duke Heinrich of Thuringia arrives unannounced at the abbey and wishes to marry Matilde, her childhood is over. At fourteen, she weds the young, enigmatic duke. She must leave everything behind and learn to navigate the intricacies and intrigues of her new life as a duchess, and later as queen. Beset by great political intrigues, a ravaged people, fraught relationships, and yet inspired to a greater calling, Matilde sees what her future could hold if she could seize the moment—if her husband will believe in and act upon her prophetic dreams. 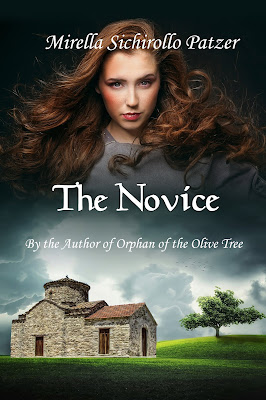 The Novice
A woman on the verge of taking her religious vows.
A desperate flight from a murderous massacre.
One man comes to her rescue.
Another becomes her nemesis and captor.
And a life and death search
to reunite with her one true love.
In 10th century Naples, Saracens run rampant, annihilating villages, murdering women and children. Death and despair is everywhere. Alone in the world, Sara is a young novice plagued with doubts about taking her final vows to become a nun. When her convent is attacked, she flees for her life straight into the arms of a group of Saracens who leave her to die alone in the woods. An honorable cavaliere named Nicolo comes to her rescue and offers to take her to the safety of Naples. As they journey together, they are irresistibly drawn to each other. Believing Sara to be a nun, the honorable Nicolo is torn between love and duty to respect her vows. Heartbroken, he does what honor demands and sets her free before she can tell him the truth that she is not a nun. In her search to reunite with Nicolo, she encounters Umberto, a dark and dangerous man who will stop at nothing in his obsession to possess her. With her sharp intellect, and her heart, Sara must rely on her own courage and strength to escape her abuser and find the only man she will ever love. A story that burns with intensity, intrigue, and passion from the author of the highly successful novel, Orphan of the Olive Tree. 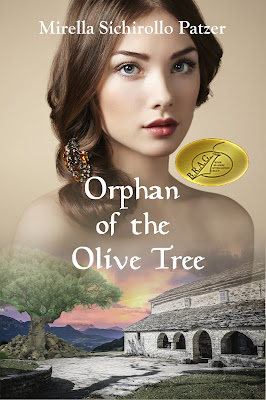 Orphan of the Olive Tree Awarded the B.R.A.G. Medallion

One Blood Oath
Two women
And the secret that can destroy them!
From two neighbouring villas in the heart of the Tuscan countryside to the elegance of Siena; from a world steeped in ancient superstitions to a culture where family honour is paramount comes, this multi-layered novel of the lives, loves, secrets and strivings of two women and their families in the 13th century.
A blood oath to wed their first born children binds the Benevento and Ventura families. When Prudenza Benevento learns her nemesis, Felicia Ventura, is pregnant, she is jealous and secretly casts the curse of the evil eye upon her. Felicia gives birth to twin boys. Jealous, Prudenza visciously resurrects an ancient superstition that unidentical twins can only come from different fathers. The scandal tears apart Felicia's marriage and makes her an outcast in the small Italian village where they live. Fate intervenes, and when Prudenza gives birth to twin daughters, she is desperate to save herself from the same scandal that ruined Felicia. She orders the midwife to take one daughter away. With only a gold ring and a brocade blanket as clues to the infant's past, the midwife leaves the child and the items in an olive tree in front of a small convent. The nuns lovingly name the child Olivia and raise her. Years later, in a shocking encounter, Olivia meets a young man named Luca. When an act of God nearly kills her, it is Luca who comes to her rescue. Soon, their love for each cannot be denied. When she finds herself with child, Luca offers to care for her and the child, but cannot wed her because he is already betrothed. Despite her misgivings, her love for Luca proves strong and Olivia places her faith in him and follows him to his new villa and a new life. Luca makes numerous unsuccessful attempts to avoid his forthcoming marriage and marry Olivia instead, but the blood oath and Church laws make it impossible. As the date of Luca's wedding draws near, and the secrets of Olivia's secret past begin to surface, long buried secrets are exposed in a twist of fate no family member can anticipate.
Paperback
Kindle 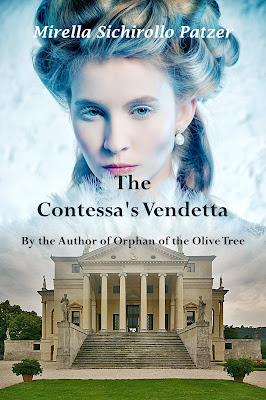 The Contessa's Vendetta
Betrayal, Lies, Greed, and Murder in 17th Century Italy!
When faced with the ultimate betrayal, a murderous vendetta is one woman's only solution.
A deadly plague is raging, killing thousands in 17th century Vicenza Italy. Carlotta Mancini struggles to protect her family and servants, but despite her precautions, she is the one who falls prey to the deadly illness. Her body is tossed into a coffin and swiftly buried in the underground, dank confines of her family’s vault. But Carlotta is not dead; she is merely unconscious because of the illness. She returns home to her beloved husband, her best friend, and her darling daughter. But before she reveals herself to her loved ones, she learns of an endless series of lies, deceits, and betrayal. As she unravels the labyrinth of shocking treachery, her wrath breathes life to an overwhelming need for vengeance. Slowly, meticulously, she launches her diabolocial vendetta. A historical fiction thriller ripe with suspense from first page to last. A tale of betrayal and revenge that will hold you spellbound until the shocking ending! The Contessa's Vendetta is a retelling of the classic novel, Vendetta by Marie Corelli. Inspired by this epic classic novel; a new and captivating tale in a new setting, a new century, and with new plot twists while remaining faithful to key story elements. 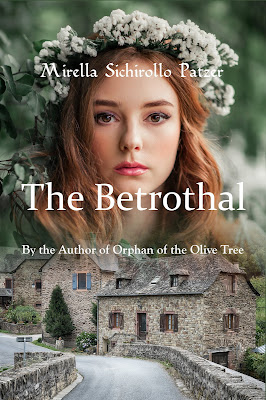 The Betrothal
In a world filled with danger, one secret will change everything!
Two lovers bound by love. A dreadful overlord who will shatter lives to possess the woman he desires. And the dark secrets that one woman will risk everything to keep buried. From the dangerous wilderness of New France, to the opulent salons of the aristocracy; the lives, loves, and secrets of a small town thrust a young man and young woman into danger and mayhem on the eve of their wedding. The Widow's Daughter is an absorbing novel about wicked intentions, murder, obsessive love, undisclosed secrets, unstoppable destinies, and the woman whose secret will either destroy or restore lives. When an unscrupulous overlord attempts to kidnap Emilie and prevent her marriage to Robert, the act sends her fleeing for her life, straight into the path of danger and tragedy that exposes the worst and best in the people she encounters. A catastrophic chain of events turns her life into a desperate flight from home, thrusting her straight into peril. As dark secrets emerge, Emilie must reconcile her past and her love for each Robert. From taverns to convents, food riots to epidemics, Emilie and Robert must find their paths back to each other while learning the true meaning of love and forgiveness. The Widow's Daughter is a retelling of the classic novel, The Betrothed (I Promessi Sposi) by Alessandro Manzoni. Inspired by this epic Italian classic novel; a new and captivating tale in a new setting, a new century, and with new plot twists while remaining faithful to key story elements. 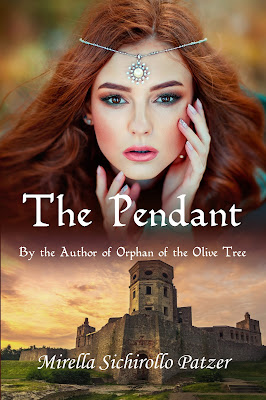 The Pendant
A lost ancient treasure.
A 100 year family feud.
And a woman with a passion richer than the bloodstone pendant she wears around her neck!
In medieval Italy, as spirited and stalwart as any man, the brazen Contessa Morena is betrothed to the impoverished, black-hearted Count Ernesto, a man desperate to escape his mounting gambling debts by marrying her and laying claim to the ancient treasure secreted somewhere in the underbelly of her castle. Morena meets her match when Amoro, the handsome and brash heir to the Duchy of Genoa, who swears an oath upon his father's grave to claim her as his bride and end the feud between their families. Soon, Amoro's virile charm awakens the passion in her steadfast heart. But a treacherous plot ensnares them; Ernesto abducts Morena and renders Amoro helpless. Embroiled in a life-and-death chase, Morena learns that not even the devious madness of her captor can destroy her love for Amoro as their hearts unite and their destinies become one. This Italian historical romance novel with a gothic flare has it all - an ancient mystery, a bloodstone pendant with a secret, murder, vengeance, and a love story to take your breath away! An historical gothic romance of murder, desperation, and true love!