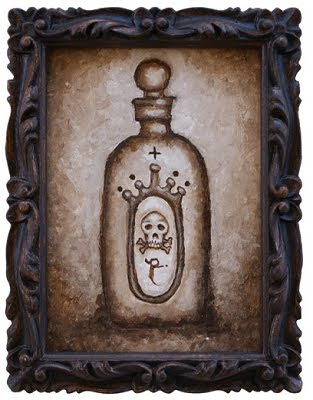 Originally a servant, I became mistress to the king of Neustria after persuading him to murder his first wife. But I was not satisfied to be a mere mistress. Because he was a king, he remarried, but remained his mistress. I waited patiently and when the time was right, I induced him to murder his second wife, too. Thus I became his third and last wife.

The murdered queen's sister, in revenge against my husband, began a feud
which lasted more than 40 years. Her brother, too, constantly feuded with my husband who had inherited the western portion of the Frankish lands, which came to be known as Neustria. The hatred between the two intensified.

When my husband's forces attacked Austrasia in 573, a desire for vengeance made the dear ex-brother-in-law vindictive, and in the fighting he overran Neustria. He was about to be proclaimed king of Neustria when I had him assassinated.

Murder came easy to me. I procured the deaths of my own stepchildren and made attempts on the lives of my husband's brother, the king of Burgundy, and my predecessor's sister.

After the mysterious assassination of my husband in 584, I seized his riches and took refuge in the cathedral at Paris. None could say for certain that his death came about by my own hand, and I shall never reveal the truth. My son was proclaimed heir, and I ruled as his regent. My reign was marked by war with rival parties for the throne and numerous murders I engineered.

I am remembered primarily as a figure of cruelty and intrigue.

Gregory of Tours depicts me as ruthlessly murderous and sadistically cruel; in his account, few can rival my monstrousness. Although I did not live to see it, my son's execution of my nemesis (the murdered queen's sister), bore the mark of my hatred for he had the sixty year old woman stretched in agony upon the rack for three entire days, then watched her meet her death chained between four horses that were goaded to the four points of the compass, tearing her body asunder.

I died on the 8th day of December 597 in Paris, France. My tomb is a mosaic figure of marble and copper, situated in Saint Denis Basilica, having come from St. Germain-des-Prés.

Legend says that I was proposed as one of many sources for the folk tale alternatively known as Cinderella, Aschenputtel, Cenerentola or Cendrillion.

It has also been said that I was jealous of my own daughter, who continually declared that she should be mistress instead of me because I began life as a palace maid, while she was of royal blood, being a king's daughter. I waited for my opportunity and under the pretense of magnanimity took her to the treasure-room and showed her the King's jewels in a large chest. Feigning fatigue, I exclaimed "I am weary; put thou in thy hand, and take out what thou mayest find." I thereupon forced down the lid on her neck and would have killed her had not the servants finally rushed to her aid. 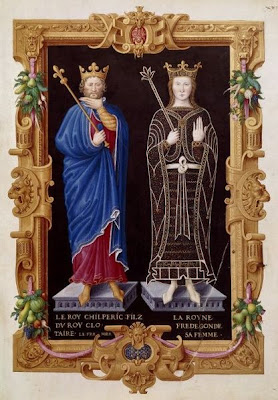 Yes, that story about the chest was in Cenerentola. The murderer is Cenerentola, the victim her first stepmother, though, and she is persuaded to do so by her governess, who becomes her second stepmother, the one with daughters. Pity she still gets to marry the prince!

Dreadful story here, there were some nasty people in history.