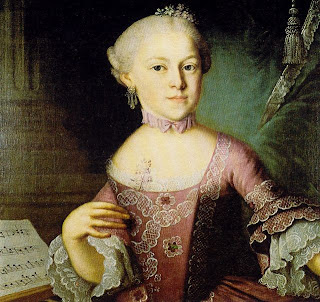 Maria Anna Mozart, beloved nicknamed Nannerl, was the elder and only sister of Wolfgang Amadeus Mozart. As children, both were considered gifted musical prodigies and their father, Leopold, arranged tours to display their talents to the masses in the grandest capitals of Europe. Both children could play the most challenging pieces and could compose into notes any song they heard. 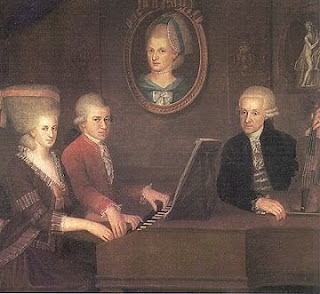 They enjoyed a pleasant childhood, indulging their musical creativity and creating their own childish kingdom. As Nannerl and Wolfgang’s musical genius progressed into composition, her adoring younger brother greatly praised and encouraged her work. At a concert, when he announces that the piece he has just played was written by his sister, Leopold is incensed. He orders Nannerl to never compose music again because in the 18th century, women did not become composers.

Thereafter, Leopold focused all his attentions on Mozart, not Nannerl. He refused to allow her to study the violin and composition. Leopold announces Nannerl must remain at home when he takes Wolfgang on tour and obliges her to give piano lessons to wealthy students to finance her brother’s Italian tour. Her dreams shattered, Nannerl complies, but falls into a deep depression. 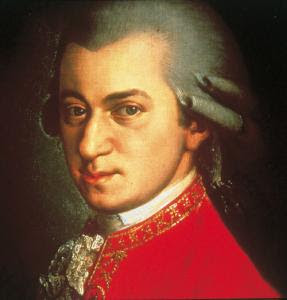 Victoria, one of her students, becomes her protégé. Through Victoria, Nannerl’s passion for music is re-awakened. When Victoria’s father becomes interested in her, he rekindles her spirit. Her relationship with Mozart, however, is plagued by years of separation and the preference of their father for his son and not his daughter. Nannerl struggles not only with the loss of her hopes and dreams, but also with the ever-growing estrangement with her brother and her father who refuses to recognize her talents because of the laws of society which will not allow a woman to enter the wold of musical composition.

Even her choice of suiters were one-by-one turned away by Leopold. In 1784, she married the magistrate Johann Baptist Franz von Berchtold zu Sonnenburg (1736-1801) and moved to St. Gilgen. Nannerl returned to Salzburg to give birth to her first son and left the newborn there in Leopold's care. 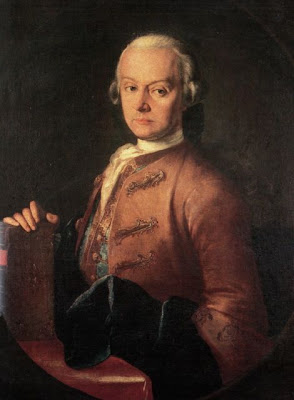 Nannerl grew ever more distant from Wolfgang, especially after his marriage to Constanze Weber. They resumed corresponding briefly after the death of their father, but by then, their affection for each other had all but disappeared and Mozart's brief letters to her dealt almost exclusively with the disposition of their father's estate.

When Wolfgang dies, Nannerl re-awakens to life and makes it her purpose to honor her brother by collecting and assembling all his compositions and erecting monuments to honor his life.

After her huband’s death, Maria Anna returned to Salzburg and supported herself once again by giving piano lessons. She died on October 29, 1829, and was buried in St. Peter’s cemetary.

Another example of the staggering shame caused by societal hatred of women. Just imagine what a collaborative team Nannerl and Wolfgang would have been. They would have made incredible music together and separately.

When I read this my first thought was why did she not refuse her father's demands but then that was not done back then and women didn't think that way. Well, maybe they did but the deck was sure stacked against them doing so.

Like Tracy Falbe, I too cannot help but wonder about what the world lost out on due to the rigid rules restricting women. Besides the music lost, I also can't help but feel for the loss between the two siblings. A shame on so many levels.

An absolutely heartbreaking story. Just think what the world has missed if she was anything near as talented as her brother. I hate to think how absolutely frustrated she must have been, not being allowed to use her creativity. xx

Behind every successful man is a woman, behind him.

Finally, there is an article in the Guardian: "The lost genius of Mozart's sister" by Sylvia Milo (8 September 2015).