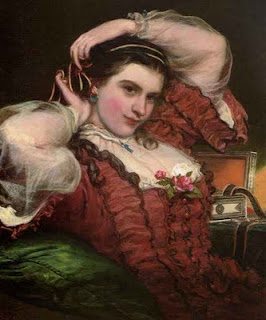 Adelina Patti
1843 - 1919
Opera Singer
Diva
When it comes to opera, I was one of the most highly regarded female singers of the 19th century.  I earned exorbitant fees at the height of my career and was considered one of the most famous sopranos in history due to the beauty of my lyric voice and the unsurpassed quality of my bel canto technique. Giuseppe Verdi, wold famous composer, called me the greatest vocalist that he ever heard.
I was the youngest child of tenor Salvatore Patti (1800–1869) and soprano Caterina Barilli (died 1870).  My Italian parents were both working in Madrid, Spain, at the time.  My elder sisters, Amalia and Carlotta Patti were also singers.

My family moved to New York City when I was a young child.  I grew up in the Wakefield section of the Bronx.  To this day, my family's home still stands. 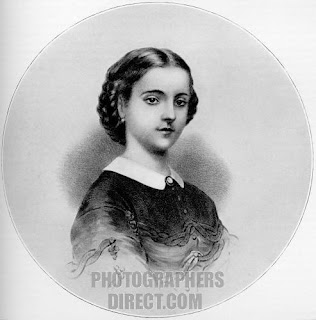 Age 15
My professional singing career began in childhood where I developed into a coloratura soprano.  I learned much of my singing technique from my brother-in-law Maurice Strakosch, although later in life Patti, like many famous singers, I claimed that I was entirely self-taught.
In 1861, at the age of eighteen, I was invited to Covent Garden, to take the soprano rôle of Amina in Bellini's La sonnambula.  My performance was a resounding success.  With the proceeds, I purchased a house in Clapham from which I travelled to perform in Paris and Vienna regularly. 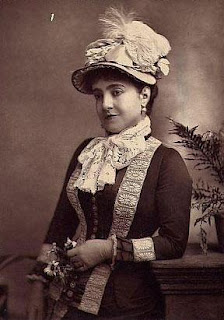 In 1862 I sang John Howard Payne's Home, Sweet Home at the White House for Abraham and Mary Lincoln, who were mourning for their son Willie, who had died of typhoid.  The Lincolns were moved to tears and requested an encore.  This song would forever became associated with me.  I performed it many times as an encore by popular request.

I  sang in the United States, all over Europe, including Russia; and in South America, inspiring popular frenzy and critical raves wherever I went.  My girlish good looks made me an appealing stage presence.  In my prime, I reportedly had a beautiful soprano voice of birdlike purity. 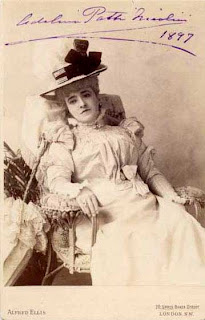 I helped give fame to the title "Diva".  In my prime, I demanded to be paid $5000 a night, in gold, before the performance.  My contracts stipulated that my name was to be top-billed and larger than any other name in the cast.  My contracts also said that while I was "free to attend all rehearsals, I was not obligated to attend any."  I was known to have a stubborn personality and sharp business sense.  I had a parrot whom I had trained to shriek, "CASH! CASH!" 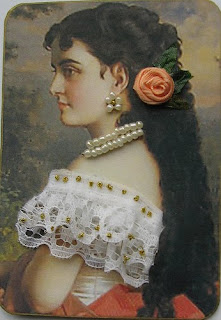 My last tour to the United States in 1903 was a critical and personal failure.  From then on I restricted myself to the occasional concert here or there, or to private performances at the little theater I built in my home at Craig-y-Nos in Wales.
By my 60s, my voice was well past its prime.  Many decades of busy use had weakened my breath control.  Nonetheless, the purity of my tone and the smoothness of my legato line remained uniquely impressive.  The records also display a lively singing personality as well as a surprisingly strong chest voice and a mellow timbre.  My trill is wonderful and my diction excellent.  Overall my recordings have a charm and musicality that hint why, at my peak, I commanded $5000 a night. 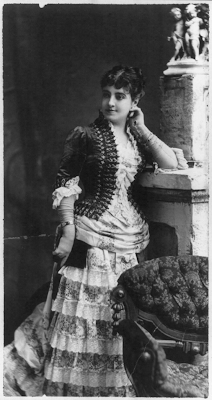 My piano accompanist Landon Ronald wrote: "When the little trumpet gave forth the beautiful tones, she went into ecstasies! She threw kisses into the trumpet and kept on saying, ‘Ah! Goodness me! Now I understand why I am Patti! Oh yes!  What a voice!  What an artist!  I understand everything! Her enthusiasm was so naïve and genuine that the fact that she was praising her own voice seemed to us all to be right and proper."
My personal life was not as successful as my professional life. I had a dalliance with the tenor Giovanni Mario, who later bragged at my first wedding that he had made love to me many times. 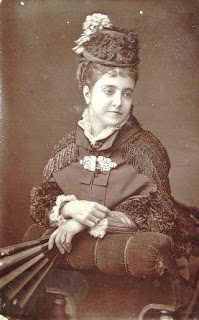 Engaged as a minor to Henri de Lossy, Baron of Ville, I married three times: first, in 1868, to Henri de Roger de Cahusac, marquess of Caux (1826-1889).  The marriage soon collapsed; we both had affairs and de Caux was granted a legal separation in 1877 and divorced in 1885.  The union was dissolved with bitterness and cost me half my fortune. There was a report in The New York Times in April 1875 that the Marquis was killed in a duel in St Petersburg whilst I was fulfilling a professional engagement!
I lived with the tenor Ernesto Nicolini (1834-1898) for many years until, following my divorce from Caux, and was able to marry him in 1886. That marriage lasted until his death and was happy, but Nicolini cut me out of his will, revealing tension between us in the last years. 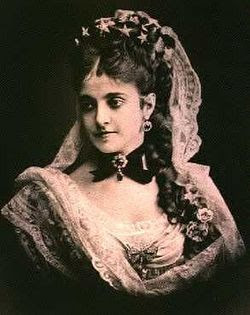 My third and last marriage was to Baron Rolf Cederström (1870–1947), a priggish, but handsome, Swedish aristocrat many years my junior.  He severely curtailed my social life.  He cut down my domestic staff from 40 to 18, but gave me the devotion and flattery that I needed.  He became my sole legatee. After my death, he married a woman much younger than he. Their only daughter, Brita Yvonne Cederström (born 1924), became my sole heir.
In my retirement, I, Baroness Cederström, settled in the Swansea valley in south Wales, where I purchased Craig-y-Nos Castle.  There I had my own private theatre, a minature version of the one at Bayreuth.  I made some of my recordings at Craig-y-Nos. 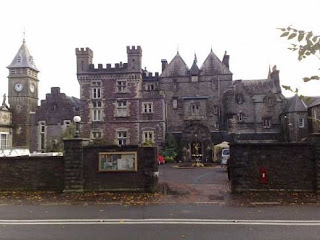 I died at Craig-y-Nos and eight months later was buried near my father at the Père Lachaise Cemetery in Paris.

I have always wanted to learn about Opera singers and appreciate the music. I thought this was a singer named "Jenny Lind." I've read she had a beautiful voice too.

Adelina Patti, unknown to me, had a very beautiful voice. Thanks for the video. I did see Carmen Jones in the movie with Dorothy Dandridge and I think, Harry Belafonte.

What an amazing post! I love it and I learned so much! I love her name too...it's both my Mom,s and my daughter's:)
Thanks!

I'm so glad I found your blog on Blogging Women. Your account of Adelina Patti's life was outstanding. I feel that you captured her life eloquently and with respect for her art. I am a singer and appreciate learning about hisorical musicians.

I have no blog but I am on Facebook if you care to reply.I came upon Adelina by accident on YouTube and the photo stopped me in my tracks because I have a daughter named Adele who is similar looking to the extreme and also trained as a singer.So I came here looking for more photos.The Utube entry was a speaking voice recording,which also SOUNDED like my daughter. Thanks.