A most beautiful Black Widow! 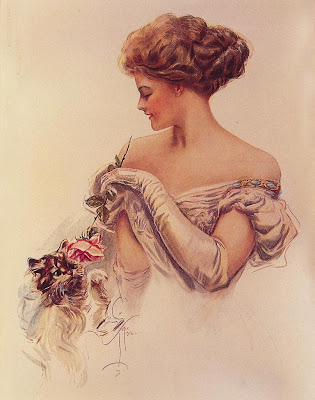 Ever wonder how someone so very beautiful can be so evil inside? Take the case of Becky Cotton. She lived in the town of Eldridge, South Carolina and had no trouble attracting husbands. In fact she married at least three times. One husband she killed with a needle through the heart. Another, she axed to death. And one she poisoned. One has to question whether she liked the state of marriage or preferred widowhood. It seemed she could not make up her mind.

And what did the pretty little delicate flower do with the bodies? She weighted them down then dumped them in a nearby pond.

But one fateful day, someone discovered one of those bodies. A quick investigation soon led to the other two victims. Before long, Becky found herself arrested and facing trial.

The evidence was strong. All three men were directly linked to Becky. The prosecution prepared themselves for victory, certain Becky Cotton would be convicted. That is, until she rose to her feet to testify on her own behalf. And did she ever lay on the charm! Through a cascade of tears, she batted her pretty blue eyes, and uttered such saccharine sweet-talk that melted the hearts of judge and jury. Despite the overwhelming evidence, the case against Becky was dismissed.

Soon afterwards, she married one of the jurors, with several other jurors attending her nuptials! Ah, but this story does not have a fairy tale ending. In an eerily similar murder to those she had herself committed,  Becky Cotton was murdered by her own brother. To this day, her legend lives on in Edgefield, and some say, so does her ghost.

Well that's what comes of having an all male jury at the trial of a beautiful woman I suppose! Gorgeous picture.

ps - I've recently had difficulty reading your text as it overlaps the left hand margin. I don't know if others are having a similar problem. Hope it's something that can be fixed. xx

Thank you so much for letting me know, Andi. I've made an adjustment to it. Please let me know if you experience any other difficulties. Much appreciated.

This story was told on "Aerial America" on the Smithsonian Channel on the South Carolia episode. They stated that she was killed on the steps of the courthouse.

It happened in Edgefield,SC and the bodies were dumped in Slade lake. Her brother killed her on the courthouse steps with a rock when he saw her flirting with a man to keep her from killing again. He took in her children and moved west.

Thank you for updating us! I continue to find her story incredibly fascinating in a dark sort of way.