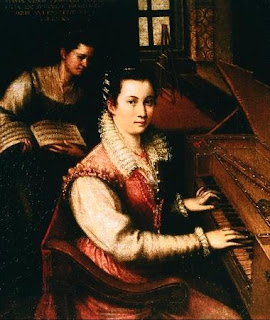 Self-portrait- Lavinia at the clavichord

Here is yet another fabulous lady in history, Lavinia Fontana.  This worldly renowned artist, was born in the late sixteenth century at a time where women had very little clout when it came to expressing themselves through art.  But, lucky for her, her father, Prospero Fontana, was a famous  art teacher at the School of Bologna and therefore commissioned to great works in  in their native city. This made it easy for Lavinia to practice her craft daily- art was everywhere around her.  So it was that Lavinia-even if not male- carried on the family tradition and business of making art for sale.

Bologna being such an avant-garde place to flourish, Lavinia initially painted for the well known nobles of Bologna.  The aristocracy loved her and commissioned her to paint their family portraits.  Besides portraits, Lavinia dabbled in several different genres and one of her trademarks was altar art for churches.

Word of such great talent soon reached the ears of Pope Clement III where in no time he summoned Lavinia to Rome.  Lavinia was quickly integrated into upper class circles where she was soon sought after by Pope Gregory XIII as well.  Her art naturally progressed onto the more religious type genre and was much favoured by the Church.

It was indeed a rarity for a female artist of those times to be so well accepted- especially by the Vatican. One can only imagine what it must have been like to have both Popes (Clement III and Gregory XIII) as subjects in all their regalia, posing for her!

Although Lavinia dedicated much of her life to art, she did not remain single.  She met Gian Paolo Zappi while working in her father’s studio.  Another marvel for those times; Lavinia was the bread winner in that household!  Zappi  readily gave up his career to stay at home and take care of their 11 children and also helped Lavinia out as her art assistant.

Lavinia is known for having produced the largest number of art pieces ever for a woman of the Renaissance. 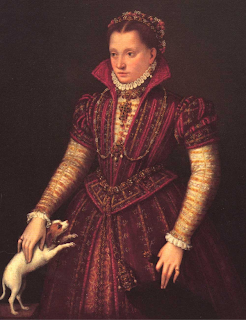 Portrait of a noblewoman, by Lavinia Fontana 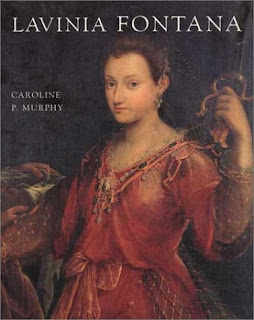 Another great historical woman of substance!