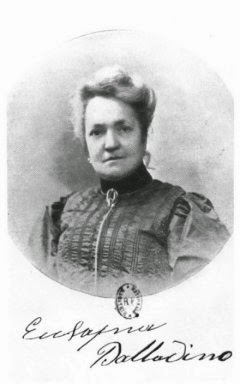 21 January 1854 – 16 May 1918
Eusapia Palladino was a poor woman from Naples. She claimed to be a spiritual medium who could conjer the dead at seances. Seances were all the rage in this era at the end of World War I when many had lost loved ones. So psychic mediums were gaining fame in every corner of Europe and North America. However, many of these mediums were nothing more than tricksters. Of all the mediums who gained fame during this time, Euspasia Palladino was one of the most credible. She claimed to have the powers to levitate tables and communicate with the dead through the aid of her spirit guide, John King. Many were convinced of her powers. 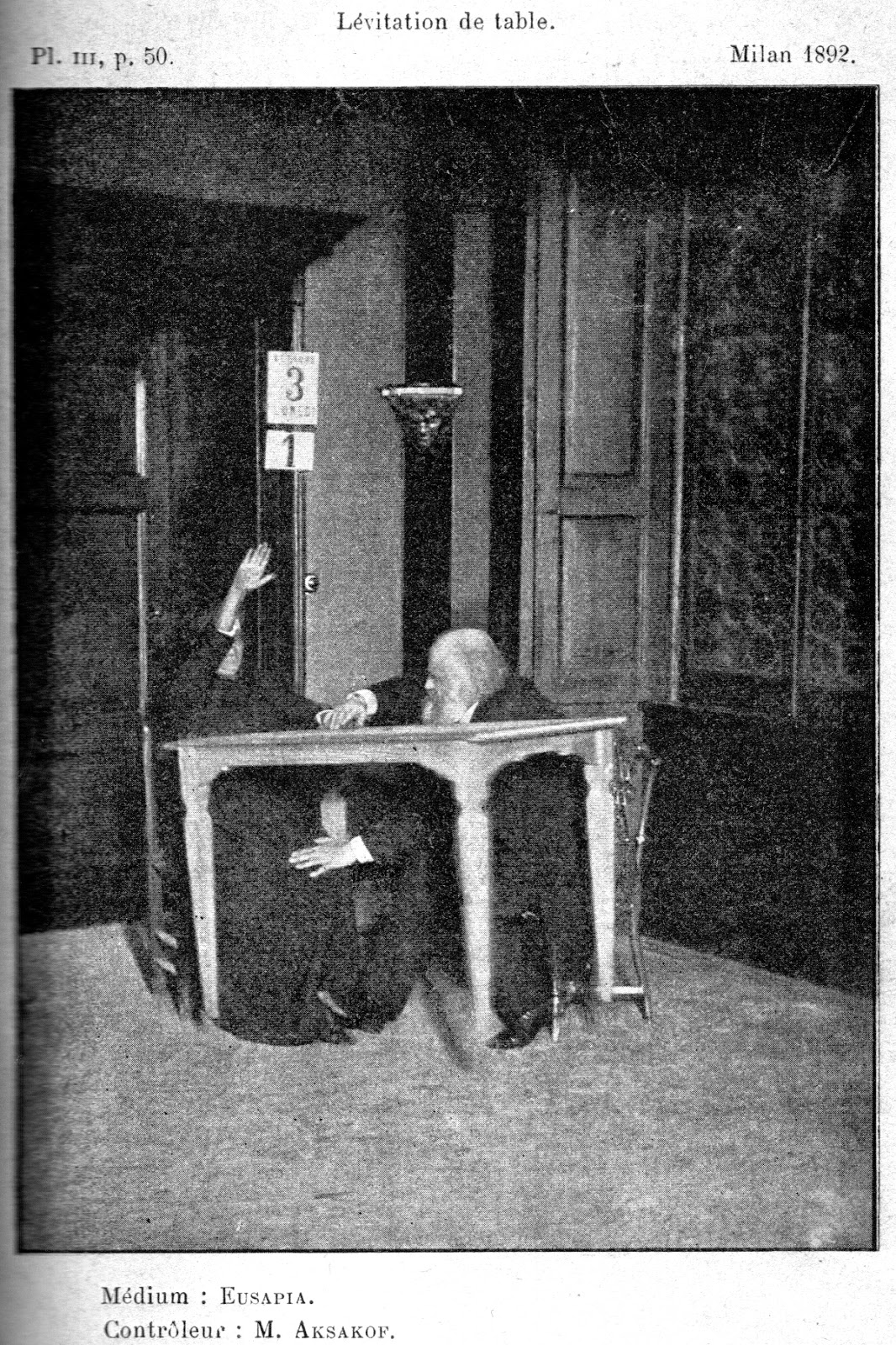 Eusapia levitating a table in Milan in 1892

She travelled across Europe and submitted willingly to testing. Ultimately however, she was caught in deceptive trickery several times and was finally declared a clever trickster.

A skeptic by the name of Paul Kurtz wrote the following about Palladino:

"[Palladino] was caught red-handed in blatant acts of fraud by members of the Society for Psychical Research in Cambridge and by scientific teams at Columbia and Harvard Universities. She was shown to be substituting her hand or foot and using them in darkened seances to move objects so that they appeared to be levitating. Even her defenders conceded that she cheated, at least some of the time. The problem that puzzles me is this; If one finds sleight-of-hand techniques being used some of the time by such individuals, then why should one accept anything else that is presented by them as genuine?... Skeptics question the first Feilding report because in a subsequent test by Feilding and other tests by scientists, Palladino had been caught cheating."

A psychologist by the name of Millais Culpin wrote that Palladino was a conscious cheat but also had symptoms of hysterical dissociation and likely deceived even herself.

I encourage you to read more about this fascinating woman. You can read a book that is based on Eusapia's life - The Witch of Napoli by Michael Schmicker!