From corseted waists in azure to gleaming white chiffon that fans out in a flouncing skirt, wedding gowns have undergone a series of makeovers in the last 150 years. While Queen Victoria’s wedding gown in 1840 – a grand affair of white satin and handmade Honiton lace –  codified a trend that is still cherished and followed, wedding gowns in the mid and late 1800’s were modest but colorful affairs with little in the way of resemblance to the modern wedding gown. How did the journey from these colorful, high-collared outfits to today’s mermaid-style chiffon wedding dresses come about?

We trace the history of wedding gowns through the ages, from the 1900’s to the present day, with all their socioeconomic stories and glories. 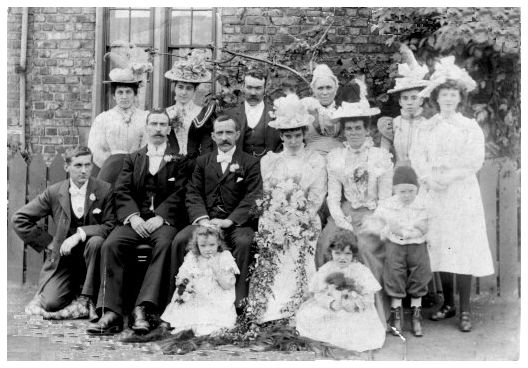 Between 1900 and 1920, the average wedding gown was characterized by the notorious S-shaped corset. Famous for restricting breathing and movement, the corset was designed to give women what was then viewed as an ideal feminine figure – it drew in the stomach and pushed out the bosom to emphasize a small waist.  Gigot sleeves, high collars, long gloves, hats and plentiful frills were in fashion, contributing to an overall ‘covered’ look. While Queen Victoria’s wedding gown from 1840 remained an influence, driving the elite’s choice to opt for white satin wedding gowns – a departure from the masses’ colorful wedding dresses – effective bleaching techniques had not yet been developed, making white a hard colour to achieve and maintain for the average woman. Hence, the customary wedding gown could be one of many colors; gold, mauve, pale pink and deep blue dominated the stage. 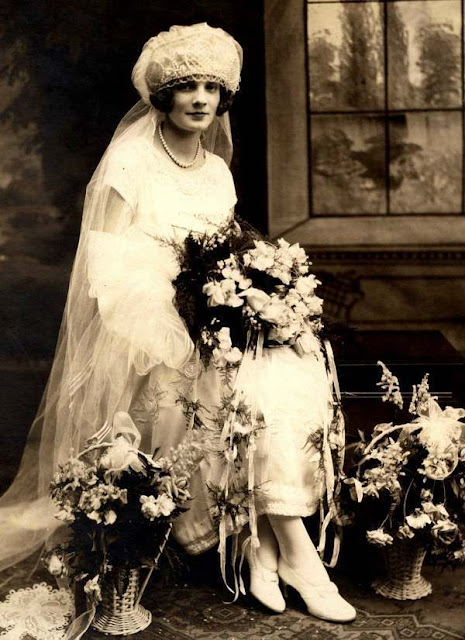 The Roaring Twenties ushered into life a new era for women: young women began to go to jazz clubs, smoke cigarettes and date men. The newfound freedom of this era was reflected in the typical 20’s wedding gown, which forwent the restricting corset to feature a flowing, streamlined silhouette. Necklines dropped, with oversized bouquets, Juliet headdresses and flapper cloche hats complimenting the loose-fit wedding gowns that had taken hold. 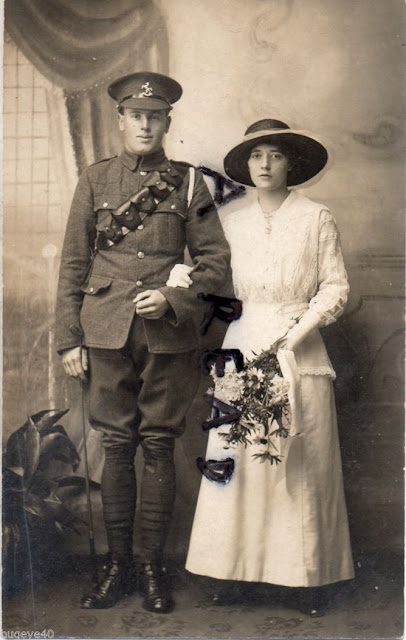 The 30’s and 40’s were a time of strife and struggle – the Great Depression ended in 1939, the same year the Second World War began. Yet it was also a time where the loveliness of romance reached dazzling, dizzying, dumbfounding heights, the likes of which the world would never see again. Pursued by a depression that crippled entire households, and thrust into a war that took the lives of millions, men and women rushed to the altar, tying knots before they were taken apart by the cruelty of the era, and seeking comfort in companionship they knew might not last. “Weddings nowadays hang not on the bridge’s whim, but on the decisions of the groom’s commanding officer,” wrote Vogue in 1942. “The 1942 schedule may run something like this: engagement announcement on Monday, invitations sent out by telegraph on Wednesday, the last handful of rice and rose petals flung on Saturday”

The wedding gowns of this time reflect the struggle, beauty, perseverance, and heartbreak of this period. The dresses were often made from rayon, rather than silk – a cloth much harder to afford during this difficult time. While the affluent preferred silver-patterned gowns with padded hips, easy-to-stitch rounded shoulders and gathered sleeves were prominent among the masses. While white dominated, many other colors were also visible. Practical hats replaced traditional headdresses in the 1930’s, and simple veils took root in the 40’s. Wedding rings became a staple – a symbol and reminder of love, through the separation and hardships of war. Due to the rushed nature of most war weddings, wedding gowns in the 40’s were also much shorter in length than the elaborate, floor-touching styles of previous eras. In fact, as the war progressed, the dominant daytime silhouette became short skirts, with layers of lace on top, a style of 1942 version of Vogue claimed to reflect “the practical needs of the wartime woman.” The 50’s were when families began to re-build in the haunting wake of the war. Much had changed, including the world’s perception of what women could and could not do. The result was that wedding gowns became much more liberal and modern. Shorter hemlines, shorter veils and shorter hairstyles were in.  Gowns were often ballerina-length, with the long seams and multiple panels of princess-like skirts making wedding dresses a closer fit to the figure. Lace, satin and tulle were widely used. Elizabeth Taylor and Grace Kelley popularized the sweetheart neckline, a daring new style that post-war women were happy to experiment with. These sweetheart gowns were often reused later, as strapless dresses. 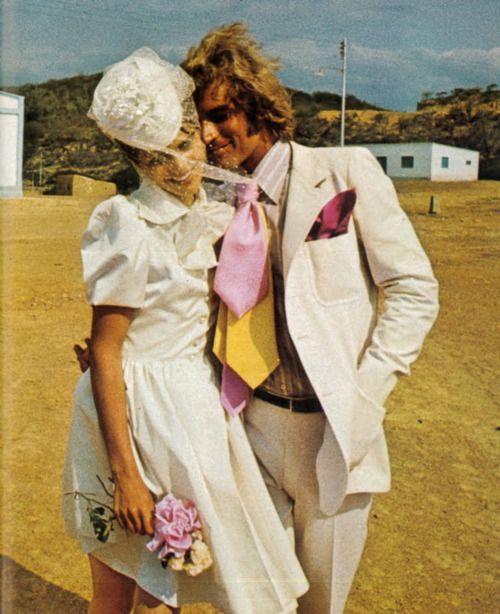 There is no doubt that the 60’s was an era that bridged the orthodox and modern. The empire waist became popular, with wedding gown bodices fitting just below the waist to unfurl into beautiful gathered skirts that skimmed the body, without the support of voluminous petticoats. Pill-box hats became a staple, with veils fanning out in circles around the hair and face.

In the wake of the changes brought by the war, and amplified over the next two decades, the world was a much more different place by the 1970’s. This was the decade of rebellion, so to speak, with wedding gowns defying any one particular trend – free thinkers, hippies and new-age spiritualists all played a role in bringing about a period that saw gowns range from hippie-style frocks and pantsuits, to miniskirts and flowing white silk dresses. 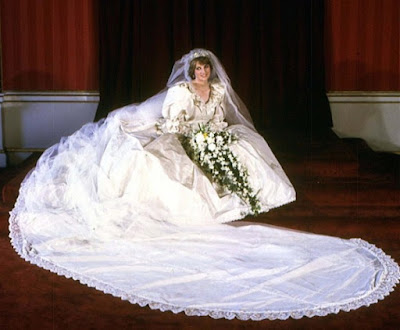 This was Lady Diana’s decade – the iconic Diana Spencer married Prince Charles of Wales in 1981, revealing to the world an enormous, white silk taffeta and lace gown with a 25-foot train, a dress that defined the tone for decades of wedding dresses to follow. No surprise, then, that everything about 80’s bride’s was styled ‘big’ – the hair, the veils, the skirts and sleeves and bouquets. Diana’s wedding gown and accessories set what was considered a gold standard in the industry in the years to come, writes Lynnell Nixon-Knight in his book, Natural Evolution. Large puffed sleeves, full skirts with cinched waists, cathedral trains, antique lace and full-length veils became wedding gown staples. White was the colour of this era. 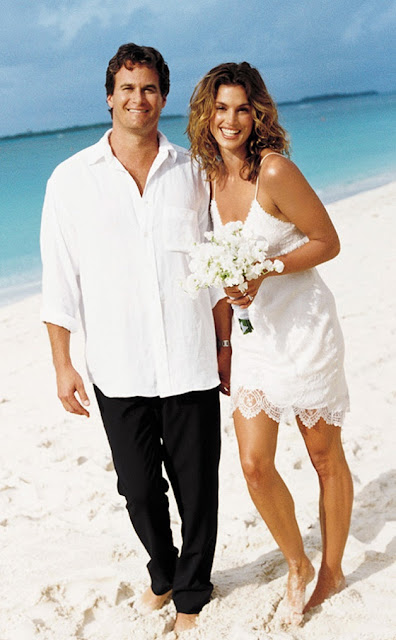 The 90’s saw the influence of pop culture become larger-than-life. Inspired by the internationalization and spread of the music industry and Hollywood, women began to move away from traditional styles, towards ‘sexier’ wedding gowns. This era was also marked by a more minimalistic approach towards the gowns: gone were the massive headdresses, puffed sleeves and enormous dresses, as women shifted to slimmer, shorter, and more subtle. 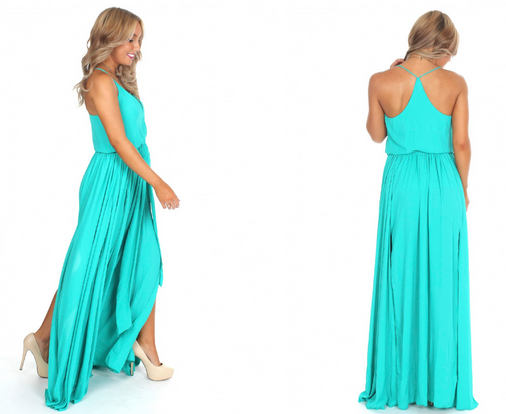 The 21st century saw a complete overhaul of the wedding gown landscape. Building on the momentum of the less-traditional styles that arose in the 1990’s, the 2000’s saw brides go wild with wedding gowns! Destination wedding and themed events became common and, with them, the matching of your wedding gown to your personality, rather than to predefined norms and conventions.

Strapless and off-the-shoulder styles became popular. Pickup skirts made a splash in the mid-2000s, and frothy skirts with tightly-fitted bodices followed. Brides began to experiment with multiple styles, from romantic bohemian maxi dresses for a 70’s-inspired hippie themed ceremony, to vibrant slit-style skirts suited for an outdoor wedding. Wedding gowns began to incorporate multiple colors once again, although the white gown remained a favorite. More than anything else, curve-hugging gowns gained mainstream acceptance –the mermaid style became a highly-requested wedding dress option.

Where does this leave us?

From Queen Victoria’s lace-popularizing choice in the 1840’s to Princess Diana’s closely-guarded silk secret in the 1980’s, wedding gown styles in 2015 are a synthesis of the glorious and intricate history of wedding dresses through the ages. Today’s wedding gowns are too diverse to be pinned down, symbolic of each bride’s unique beliefs, aspirations and desires in a way that no other dresses in women’s history have been. Twenty or thirty years from now, a systematic look at the wedding gowns of this period may very well offer deep insights into the liberation and empowerment of the common woman.

Kashaf Ali is a passionate fashion blogger who loves to write on prevailing trends. She is featured author at various blogs around and a staff writer at AnythingChenille.com, your premier source for all your custom chenille and letterman jacket patches.

Hi Kashaf,
Weddings are beautiful and each decade brings a new fashion of wedding gowns. I love reading wedding blogs and it was pleasure to read yours. Your blog was totally different because you covered weddings through ages and it made for a very interesting and quite a unique read.

This dress is really gorgeous, would definitely like to gift something like this to my sister in her marriage...
Diamond Jewellery Online in India