Elizabeth Knepp (sometimes known as Mary Knepp) was born Elizabeth Carpenter and records show she married Christopher Knepp, whom Pepys calls a 'jockey' but was probably a horse dealer or horse hirer, at Knightsbridge in 1659. I took the liberty of giving her the nickname ‘Bird’ in the novel as she loved to sing, and there are so many other Marys and Elizabeths in Pepys’ diary.

There are 108 references to Mrs Knepp in Pepys’ diary. Actresses in those days were always known as ‘Mrs’ whether they were single or married. In the seventeenth century, status was always conferred on a woman by the man. Thus Pepys always refers to his wife Elisabeth as ‘my wife’. Although this seems in our ears to diminish her, in fact this is not an insult; it was designed to confer on her a status not accorded to his servants who were referred to as Dolly, or Deb, or Jane. The theatre was the one place where this did not hold sway – female actors were always called ‘Mrs’ as a mark of respect.

Pepys first met Elizabeth Knepp on 6th December 1665; and he described her as:
'pretty enough, but the most excellent, mad-humoured thing, and sings the noblest that I ever heard in my life.’

Christopher Knepp, her husband, on the other hand, is described as:
‘an ill, melancholy, jealous-looking fellow’.

So grew the first inkling of a conflict I could use in my novel. Christopher Knepp seemed to me the sort of man who would definitely not approve of his wife taking to the stage!

Pepys had an absolute passion for the theatre, and his diary for 1666-68 is full of references to the theatre and particularly to Mrs Knepp, including mentions of their amorous flirtations, and passages about how much he enjoyed their musical evenings and especially her singing. My impression from the diary is that they genuinely liked each other, and this was one of the things that attracted me to writing about her.

The professional actress was a new phenomenon in the 1660s. Up until the seventeenth century, women had no reflections of themselves in entertainment; all female roles were played by boys. The first female on the English stage was Margaret ‘Peg’ Hughes, who played Desdemona in a production of Othello in 1660. Only two months before, the role had been played by a boy, and the thought of this upheaval in the theatre led me to create the character of Stefan. Being an actress in this era was a way of both gaining and losing power –a woman was able to behave on stage in a powerful way, but also women were still seen as commodities; an attraction or novelty to please those that mattered at the time, i.e men.

In this period the theatre was one of the few ways for women to transcend social boundaries. Through Pepys’ diaries we can witness Nell Gwynne, rising through society from bawd’s daughter to mistress of a king. Evidence shows Nell Gwynne certainly had a mind of her own and used her position on stage to advance herself, and of course now she has achieved some sort of national status. In Pepys' diary, Elizabeth Knepp is invited to musical soirées with Pepys and his civil-servant friends. Being in the theatre conferred a ‘celebrity’ status not available to other women, and just as today, celebrities were sought out by the upper echelons of society. 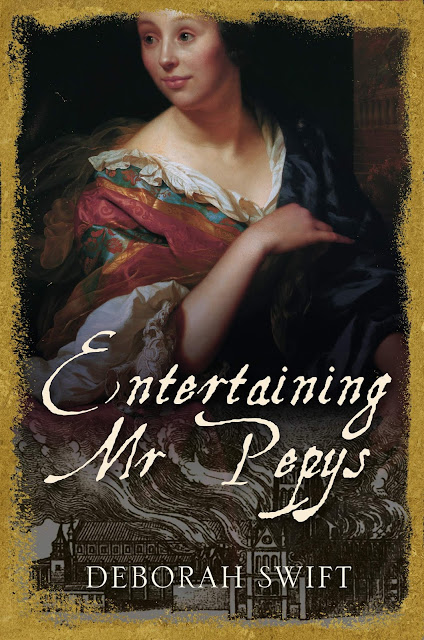 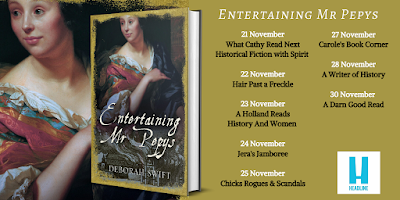 Elizabeth Knepp played major and minor roles in a range of productions of the 1660s and 1670s, including the famous role of Lady Fidget in Wycherley's The Country Wife at Drury Lane in 1675. Beyond the scope of my novel, she is thought to have been a mistress of Sir Charles Sedley, who was a notorious rake and libertine, part of the ‘Merry Gang’ gang of courtiers which included the Earl of Rochester and Lord Buckhurst. She probably provided Pepys with backstage gossip and inside insights into a world he was avid to know more about. She supplied him with the theatrical and social gossip of the day, and when the theatres were closed down for the plague, took part in evening entertainments alongside him, as an equal. 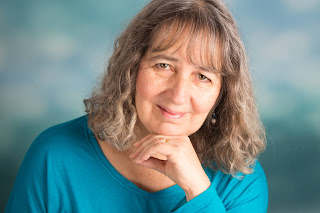 Deborah lives in North Lancashire on the edge of the Lake District, a beautiful area made famous by the Romantic Poets such as Wordsworth and Coleridge. In the past she used to work as a set and costume designer for theatre and TV, so she enjoys the research aspect of creating historical fiction, something she loved doing as a scenographer. Each book takes about six months of research before she is ready to begin writing. More details of her research and writing process can be found on her website. Deborah likes to write about extraordinary characters set against the background of real historical events.
Deborah’s Social Media links:
Twitter https://twitter.com/swiftstory
Facebook: https://www.facebook.com/authordeborahswift/
Website www.deborahswift.com
Pinterest https://www.pinterest.co.uk/deborahswift1/