Before California became a state, pioneers from all over the world brought their dreams of the future there. It was a time of opportunity for everyone willing to work. Women were no different. Even though it wasn’t called women’s rights at the time, many women in early California fought for their own futures and affected the futures of all who came after. Three of these women are featured in my historical novel Under the Almond Trees.

Ellen VanValkenburgh came West from New York during the Gold Rush. She and her sister sailed not around the horn but upriver through Nicaragua, then overland to the Pacific on muleback. Her journal from that trip is extraordinary. They even wore bloomers when riding the mules! In California, Ellen married Henry VanValkenburgh. They lived in Santa Cruz, where Henry owned a paper mill on the San Lorenzo River. When he was killed by a falling tree branch in 1862, Ellen took over the running of his business. She was pregnant with their third child at the time. Running a business gave her civic awareness and she desperately wanted to vote on legislation that affected business. In 1872, she sued the county of Santa Cruz to be able to vote. The essence of her argument was that under the 14th Amendment of the US Constitution, many American women like herself were granted citizenship, and therefore, the rights of citizenship which included voting. In the official court decision, it explained that the amendment did not apply to women. California women did not get the vote until 1911.
Emily Williams was the sister of Ellen’s daughter-in-law. She grew up in San Jose, California, in the early 1900s. Her dream was to be an architect, but women were not allowed licenses at that time. In addition, her father did not approve. After he passed away, Emily used her inheritance to attend a college to become an architect. She applied for an architect’s license but was denied. Julia Morgan studied in Paris and developed a reputation there, so the state of California granted her a license in 1904. Emily was not to be deterred. Without a license, Emily was limited to small structures so she and her life partner, Lillian Palmer, built houses in San Francisco, San Jose, and Pacific Grove. Lillian was a coppersmith who created amazing light fixtures. Emily designed the houses. The first house they built together still stands in Pacific Grove.
Eva VanValkenburgh was Ellen’s granddaughter. She was raised with an appreciation for the strong women in her family and their independent spirits. Growing up in Inverness, California, she was a solitary child who took to photography. She sold postcards at the local store. Instead of going into photography professionally, though, she decided to marry and have a family. The traditional choices she made served her well until her daughter wanted to go to college. Eva’s husband refused to pay for it. She opened a photography business to earn the money herself.

These three women embody different facets of opportunities for women. Ellen’s focus was political, Emily’s career, and Eva’s family. They fought to make their own life choices work for them, and in doing so they helped ensure that future generations would have the same rights. 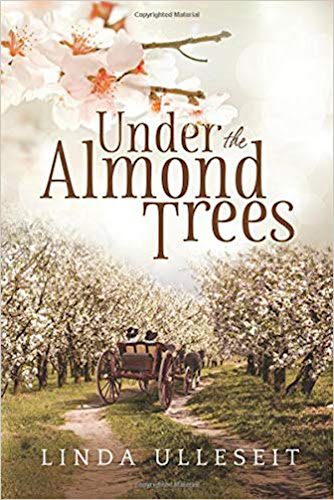 Under the Almond Trees is the story of three ordinary women in California who lived extraordinary lives.

In 1901, Emily Williams, Ellen’s daughter-in-law, became an architect – very much against her family’s wishes. No one would hire a woman, but Emily would not be deterred. She and her life partner Lillian set out to build homes themselves.
By the 1930’s women enjoyed more freedom, including the vote. Even so, Ellen’s granddaughter Eva VanValkenburgh chose a traditional life of marriage and children, even closing her photography business at her husband’s insistence. When he later refused to pay for their daughter’s college education, Eva followed the example of her Aunt Emily and reopened her photography business. 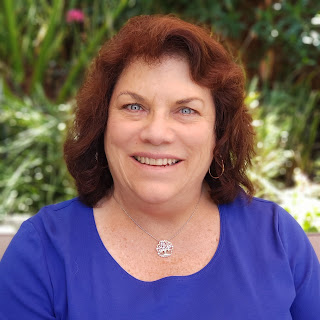 Linda Ulleseit, born and raised in Saratoga, California, has an MFA in writing from Lindenwood University. She is a member of the Hawaii Writers Guild, Marketing Chair for Women Writing the West, and a founding member of Paper Lantern Writers. Linda is the author of Under the Almond Trees, which was a semifinalist in the Faulkner-Wisdom Creative Writing Contest, and The Aloha Spirit, to be released in 2020. She believes in the unspoken power of women living ordinary lives. Her books are the stories of women in her family who were extraordinary but unsung. She recently retired from teaching elementary school and now enjoys writing full time as well as cooking, leatherworking, reading, gardening, spending time with her family, and taking long walks with her dogs. She currently lives in San Jose with her husband. They have two adult sons and a spoiled yellow Labrador. For more about Linda and her books, visit: ulleseit.com