Anna Vieti - Pictures of Anna - A Novel by Sam Martin 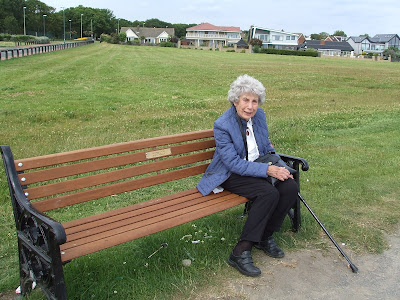 Anna Vieti was a German of Roma/gypsy origin who worked for two Jewish doctors in Hamburg. In the mid 1930s, after the persecution & extermination of Jews and gypsies had begun in Germany, the two doctors managed to flee to the UK and promised Anna that once they’d settled there, and as soon as they could sort out the paperwork for her, they would send for her and she could once again work for them in England, where they had set up their practice - and in 1938 Anna arrived in the UK.

This is where the story becomes personal and how I got to know it, because my aunt also worked for the two doctors and she was given the task of looking after Anna and helping her to settle in the UK, as she’d arrived unable to speak a word of English and she had no money at all in her purse, and very few personal belongings.

After some time she met Guy, who himself had dual German / British nationality - and in 1940 they became engaged.

My story begins on Anna’s wedding day, May the 26th, 1940, which was also the day that the British Parliament approved the so-called Defence Regulation 18B, which allowed the authorities to round up and detain without trail or sentence any individuals who they deemed to be “enemies of the State” - and on his wedding day, with Anna waiting patiently at the altar for him, Guy received a visit from the local police who took him away without explanation or reason, and he was incarcerated in the local prison, without knowing why and without knowing for how long. It was the UK’s policy at the time of “lock up first, think about it later”.

Anna engaged a lawyer to try and free Guy, but against the backdrop of a country at war ( & losing), and the growing hostility towards “the enemy”, all efforts were in vain.

But Anna didn’t only escape the camps and certain death at the hands of the Nazis when she came to Britain, she also fled from a bleaker-than-bleak family background of violence and abuse towards her which manifested as a morbid fear of being locked up - the legacy of being thrown into a freezing cold, pitch-black cellar no bigger than a dog kennel for days on end. This fear of being incarcerated herself came back to haunt her in Britain only days after Guy had been imprisoned when the British government declared that ALL enemy aliens were to be interned.

So Anna went on the run, trying to avoid imprisonment herself, and found sanctuary with a Swiss artist.

The authorities however - specifically MI5, whose leadership became increasingly paranoid about the presence of any enemy aliens at large in the country - were determined to track down all and every German, Austrian, Italian etc who had thus-far evaded them.

Pictures Of Anna is a document - but not a documentary - about Anna’s fate and her attempts to avoid imprisonment, which she knew would “kill her” inside. It is about history - about politics - but mostly about one young woman's fight to find freedom in the world, at a time when the forces lined up against her had never been so mighty nor so formidable. In Germany she was up against the Nazis (because of her race) - in the UK her foe was the government and the military (because of her passport) - and at 'home' in Hamburg she was the enemy of a vicious and vindictive family.

'POA' is a story about a never-before episode in both British and German history which – until my novel was published – had never before been told in popular culture i.e. not in literature nor film, which offers us a way of looking at our world through a window to the past.

I met Anna myself on two occasions, but that was long before I knew her story. My aunt always used to say “someone should write a book about Anna’s life” and - at the ripe old age of 80-plus - my aunt, still a close friend of Anna’s right up to her death, decided to do an A-level in German at the local college in the UK and one of the exercises she was given was to “write a short essay in German, either about someone famous, or about someone who you know who has had an interesting life.” So Joan, my aunt, wrote about Anna and sent it to me in Germany for my wife (Jutta was German) to read through and check for grammar, expression etc. I too read it and thought directly “this without any doubt is a screenplay – I knew immediately that I was sitting on something special, something explosive - (** I am a screenwriter) - and began to write a script based on Anna’s story but using the character I’d discovered when researching for another project about looted Nazi art in the 1940s in Paris i.e. the French girl who had tried to save her Jewish artist/boyfriend from being deported to the death camps by “befriending” the SS officer who was in charge of the paintings’ distribution. That SS officer happened to be my neighbour’s father when we lived down on Lake Konstanz in southern Germany.

My screenplay turned into a novel along the way, although it is also an ongoing movie project - a German-UK co-production.

Why did it become a novel? That was my gift to my late-wife – or maybe it was her gift to me... I’ll never work that one out. When she was diagnosed with ALS/motor neuron disease she began to write Anna’s story herself – but after just six pages in, her only good hand began to weaken badly and then pack up altogether and she realised that she couldn’t type anymore, and “spelling” it out with her eye-controlled speech computer would have taken her 100 years to complete. She didn’t even get 100 weeks.

I cared for her right up to the bitter end... and the end, believe me, it was more than bitter. But we did a deal. She gave me an hour-and-a-half every day in order to vanish into my office – to vanish into Anna’s world and into Anna’s story – and write the novel. I wrote it, she read it, she cried. And she said I’d done a special story justice. And that – really, just those words alone – that was enough for me.

But she is a big, big part of this because I told her to put together something for the front cover. She was extremely restricted by that time – almost in a “vegetable state” – but by using her eyes only she designed the front cover (she was a good painter and could actually paint using her eyes and some amazing Spanish software that a friend discovered for her).

As I said, the above is only perhaps 1 percent of what I could tell you about the project, which has taken me to Berlin, to London, to Hamburg, to Vienna, and has allowed me to meet and work with some of the biggest names in the film industry.

Finally I’ll give a big shout-out and a heartfelt “thank you” to Sandra David, my publisher at Arrow Gate Publishing in London. I’d turned down three previous offers to publish the novel because I wanted to keep the movie Rights – or the majority share of them – because Pictures Of Anna was also a movie project and it was imperative that it continued. The first three publishers rejected my request and I thought “Sam, you idiot, you’ve really blown it now”. Then came the call from Sandra.

I should say “thanks” too to the ones who turned me and my request down because Sandra David has been a rock, an absolute hero for me and no words can express my gratitude for taking the chance and for her support. She called me the day that Jutta died and she cried and cried – we both wanted so much for the book to come out while Jutta could share in its success. I another lifetime maybe... another fairer lifetime.

I am donating whatever Pictures Of Anna earns for me to the ALS/mnd research guys. I’ll never see a cure for the worst of all illnesses in my lifetime, but if in 100 years from now someone can be cured and someone doesn’t have to go through what my poor wife went through... just to know that maybe... just maybe.. that I’ve made a contribution – that’s enough for me. But that isn’t all. I’d also like Arrow Gate to get their reward too. I’d love, just love, Sandra David to get her fair share of its success too. She really does deserve that much, because a better person in this world for a project like Pictures Of Anna... well, I’m pretty sure that person doesn’t exist. 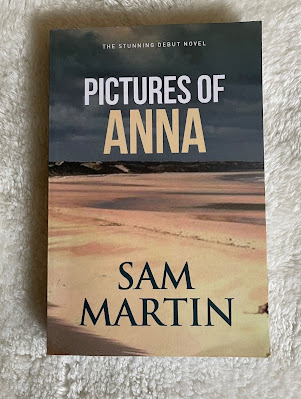 Where can you buy the book? Obviously all the big book retailers, or via the publishers: