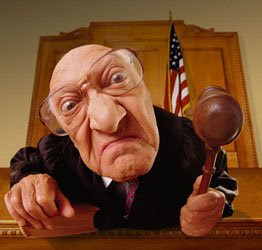 WOMEN ARE NOT PERSONS UNDER THE LAW.

It’s hard to believe that prior to 1929, women in Canada weren’t considered “persons” under the law. Even worse, women in Canada were also prohibited from owning property. If a woman’s husband died, any property he owned was inherited by the nearest male relative or other male of his choice who would then look after and support the widow. Canadian women were excluded from public office as senators, certain professions and universities. I set out to change all that.

I was born in 1868 in Cookstown, a small town in the province of Ontario. My father was a wealthy businessman and landowner involved in law and politics. My grandfather, uncles, and brothers were politicians, judges, or lawyers. My father raised me as an equal to my brothers and encouraged me to join in their adventures. As prominent members of society, my parents encouraged me to receive formal academic education.

In 1887, I married an Anglican minister. Together we had four daughters, but two died when they were very young. Our family moved west and finally settled in Edmonton, Alberta in 1907. While my husband was occupied in his work, I set out to become acquainted with my surroundings. When I was 40 and all my children had flown the coop, I used my new found freedom to organize women’s groups where isolated housewives met and organized group projects. I began to speak openly about the plight of women - the disadvantages and poor living conditions.

One day, I learned of an Alberta woman whose husband sold the family farm and abandoned his wife and numerous children, leaving them without any money and without a home. Alberta law at that time did not leave the wife any legal recourse. This provoked me to create a campaign to assure the property rights of married women. Supported by a number of rural women, I pressured the government to allow women to retain the rights of their land. As a result, Alberta passed the Dower Act in 1916 which allowed women to retain a third of their husband’s property. But the Act was weak and insufficient. Unfortunately, it took many years before authorities enforced it. Undaunted, I pressed on.

In 1916, I learned about two women who were rejected from an Edmonton court because “the evidence was not fit to be heard in mixed company.” I argued that the government must then set up a special court to be presided over by women to try other women. The Minister agreed. He offered me the position of police magistrate to preside over this special new court. Hence, I became the first woman in the entire British Empire to ever hold such a position.

But on my very first day on the job, a lawyer challenged my appointment as judge because, he argued, women were not “persons” under the law. The law at that time stated women were eligible for pains and penalties, not rights and privileges. The lawyer's objection was over-ruled, but the issue raged on.

I decided to bring the issue to the forefront by allowing my name to go to the Prime Minister as a candidate for the Senate. Even though he was willing to appoint a woman, he was not able to and rejected me because under the law, women were not considered persons.

I decided the law had better be changed. With the help of my lawyer brother, we devised a plan to work through the Supreme Court to ask for constitutional clarification regarding women becoming Senators. Such a question had to be submitted by a group of at least five citizens, but that posed no problem for me. I invited five of my best girlfriends to my house for tea on August 27, 1927 and together we petitioned the Supreme Court of Canada to clarify: Does the word "persons" in Section 24, of the British North America Act, 1867, include female persons?

The arguments were presented on March 14, 1928 (my 60th birthday), and after a daylong debate, the Supreme Court of Canada decided against us on April 24, 1928.

Despite this setback, we five women refused to give up. With the approval of the Prime Minister, we appealed the decision. After several more months of waiting, me and my friends finally received the answer we had been campaigning for. On October 18, 1929, the ruling came down: Women are "persons" and can serve in the Senate.

My friends and may have fought the battle, but it was another woman who was appointed to the Senate. I was never appointed due to geographic restrictions and political allegiances.

I died of diabetes in Edmonton on October 17, 1933 at the age of 65. My mausoleum drawer lists my many achievements, including the 'Persons' Case.

Me and my four friends, Henrietta Muir Edwards, Louise McKinney, Irene Parlby, and Nellie McClung became known as The Famous Five. Our work is honoured today through the work of The Famous Five Foundation at http://www.famous5.ca/. 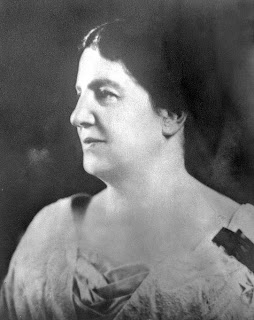 I feel equal to high and splendid braveries!

Wow! Canada is so civilized these days. It's hard to believe Mrs. Murphy had to work so hard to get the laws changed so women could be "persons", but I don't think any such rights are just handed, to anyone.
Anne G