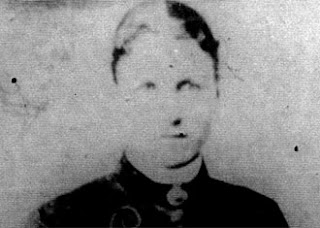 I was born around 1870 in Ballyvadlea, near Clonmel, Ireland. I married Michael Cleary in August 1887. We met in Clonmel in August 1887, where Michael worked as a cooper and I served as a dressmaker's apprentice.

I married unusually young for the period; many Irish women married later due to the growing influence of the Catholic church at this time. After the marriage, I returned to my hometown of Ballyvadlea to live with my parents, while Michael continued to work as a cooper in Clonmel. During this period of living apart, my independence grew, with me keeping my own flock of chickens and selling the eggs to neighbours. Somewhat unusually for the era and location, I was also a professional woman. I obtained a Singer sewing machine, state of the art at the time, and was variously described as a dressmaker and a milliner, or maker of ladies' hats.

Despite our eight years of marriage, we had no children.

Following the death of my mother, we found ourselves responsible for my elderly father. His residence with us enabled us to secure a house reserved for labourers. Neither me or my husband were entitled to this cottage, but because my father had been a labourer in his youth, we were able to acquire the best house in the village. However, there was no widespread interest in the house, as it was built on the site of a supposed fairy ringfort. Even though most residents in Ballyvadlea at this time were Catholics, many folk traditions were still strong. 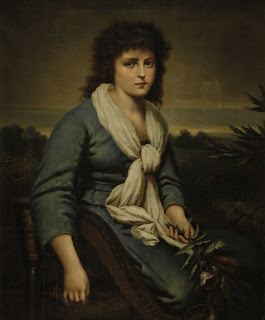 I was reported missing in March 1895. They say I had been ill for several days, although my specific diagnosis was unknown. More than a week into my illness, on 13 March 1895, a physician visited me at my home; my condition was considered sufficiently grave that a priest soon followed, to administer last rites. Several of my friends and family members attended me over the next two days, and a number of home remedies were administered, including one ritual that anticipated my later demise: My father and husband accused me of being a fairy sent to take their daughter/wife's place, and so urine was thrown on me and I was carried before the fireplace to cast the fairy out.

By 16 March, rumors were beginning to circulate that I was missing, and the local police began searching for me. My husband was quoted as claiming that I had been taken by fairies, and he appeared to be holding a vigil. Witness statements were gathered over the ensuing week, and by the time my burnt corpse was found in a shallow grave on 22 March, nine people had been charged in my disappearance, including my husband. A coroner's inquest the next day returned a verdict of death by burning.

Legal hearings ran from 1 April through 6 April 1895. A tenth person had been charged, and one of the original nine was discharged at this stage, leaving nine defendants bound over for trial. The court session began on 3 July, and the grand jury indicted five of the defendants for murder, including my husband. All nine were indicted for "wounding." The case proceeded on to trial.

The evidence showed that on 15 March, my husband summoned the priest, Father Ryan, back to our household. Ryan found me alive but agitated. My husband told Ryan that he had not been giving me the medicine prescribed by the doctor, because he had no faith in it. According to Ryan, my husband told him, "People may have some remedy of their own that might do more good than doctor's medicine," or something to that effect." I was given communion, and Ryan departed. Later that night, neighbors and relatives returned to our house. An argument ensued, again tinged with fairy mythology. At some point, I told my husband that the only person who'd gone off with the fairies had been his mother. He attempted to force-feed me, throwing me down on the ground before the kitchen fireplace and menacing me with a burning piece of wood. My chemise caught fire, and he then threw lamp oil on me. The witnesses were unclear as to whether I was already dead by this point. He kept the others back from my body as it burned, insisting that I was a changeling and had been for a week previously, and that he would get his wife back from the fairies.

My husband was found guilty of manslaughter, and spent 15 years in prison. Many people believe it should have been longer. Charges against some of his co-defendants were dropped, but four were convicted of "wounding".

My death has remained famous in popular culture. An Irish nursery rhyme reads,

Are you a witch, or are you a fairy,
Or are you the wife of Michael Cleary?

My death is also notable in more serious historical contexts: I am popularly described as the "the last witch burned in Ireland," or as the subject of the last of the witchcraft trials, although it has been noted that I was never actually described as having consorted with the devil, which is customary with accused witches. Instead, I was thought to have been replaced by a fairy changeling.

My death and the publicity surrounding the trial were regarded as being politically significant at the time. Irish home rule was an active political issue in England; William E. Gladstone's Liberal Party had come to power on a Home Rule platform, but had relatively recently lost its latest Irish Government Bill in the House of Lords. The press coverage of my murder trial occurred in an atmosphere of debate over the Irish people's ability to govern themselves. The coroner who examined my corpse claimed that "amongst Hottentots one would not expect to hear of such an occurrence."

A course at Sussex University examines the case with particular emphasis on the influence of Irish cultural changes in the 19th century and their ramifications for modern Ireland.

Thanks for writing to me as well. I was kind of wondering that when I started reading yours and yours read in the "first person" (I think that is right). I guess that is a compliment (maybe) for someone to copy your site, but yours is good, and hers is good as well....I love to read about history, and I am so lucky that I find sites with great links I can read over and over....I will keep tuning in for sure. Chanel was so beautiful.