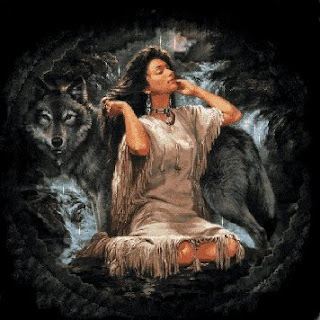 I was born to Thomas and Jane Jemison aboard the ship William and Mary in the fall of 1743 while en route from Northern Ireland to America.  Upon our arrival in America, my parents joined other Irish American immigrants and headed west from Philadelphia, Pennsylvania to what was then the western frontier (now central Pennsylvania) and squatted on territory that was under the authority of the Iroquois Confederacy.

During the time my parents were establishing our home, the French and Indian War was raging. One morning in 1755, a capturing party consisting of six Shawnee Indians and four Frenchmen captured me, my family (except for my two older brothers) and Davy Wheelock a boy from another family.

On route to Fort Duquesne (where the Allegheny and Monongahela Rivers meet to create the Ohio River in modern-day Pittsburgh), my mother, father, and siblings were killed and scalped.  I and the other young boy were spared.  Once the party reached the Fort, I was given to two Seneca Indians, who took me downriver.  The Senecas adopted me, calling me Deh-he-wä-mis, which means - a pretty girl, a handsome girl, or a pleasant, good thing.  I was later renamed "little woman of great courage" by the Indians.

I married a Delaware named Sheninjee and had a son who I named Thomas after my father.  Concerned that the end of the war would mean the return of captives, Sheninjee took me on a 700-mile (1,100 km) journey to the Sehgahunda Valley along the Genesee River.  Although I reached this destination, my husband did not. He had left me in order to hunt, had took ill and died.

Now a widow, I was taken in by Sheninjee's clan relatives and made my home at the Little Beard's Town (present-day Cuylerville, New York).  I married a Seneca named Hiakatoo and had six more children.

Much of the land at Little Beard's Town was sold by the Senecas to white settlers in 1797.  At that time, during negotiations with the Holland Land Company held at Geneseo, New York, I proved to be an able negotiator for the Seneca tribe and helped win more favorable terms for giving up their rights to the land at the Treaty of Big Tree.

In 1823, most of the remainder of the land was sold, except for a 2-acre (8,100 m2) tract of land reserved for my use.  Known locally as the "White Woman of the Genesee", I lived on the tract until I sold it in 1831 and moved to the Buffalo Creek Reservation. 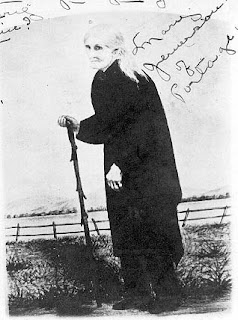 I lived the rest of my life with the people of the Seneca Nation until I died on September 19, 1833.  I was initially buried on the Buffalo Creek Reservation, but in 1874 was reinterred at William Pryor Letchworth's Glen Iris Estate (now Letchworth State Park in present day Castile, New York). A bronze statue of me, created in 1910, marks my grave. 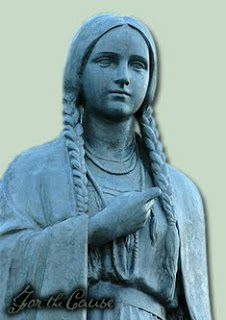 What a fabulous- fabulous post!!! Mirella, I Adore this site!! Please write more:)

Another woman of whom I'd never heard--and another fascinating life!

When I was in elementary school one of my favorite books was Indian Captive about Mary Jemison! I remember very distinctly her blond hair being compared to corn silk and her standing on a platform chasing away crows.