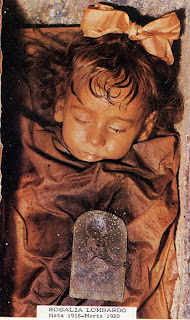 Rosalia Lombardo was a young Italian child born in 1918 in Palermo, Sicily. At the age of 2 years, she contracted pneumonia; an illness she soon succumbed to.

Her father's grief was profound. Desperate to preserve her, he sought the assistance of Dr. Alfredo Salafia, a noted embalmer. He pleaded with him to do everything possible to preserve her. Dr. Salafia complied and used his most advanced embalming technique. The result was nothing short of amazing. Little Rosalia looks as if she were taking a nap and she has been nicknamed "Sleeping Beauty". Her body is so well preserved, x-rays show the organs as completely intact.

Dr. Salafia's technique remained a secret until some rediscovered it in a handwritten memoir of Salafia's.

Rosalia was one of the last corpses to be admitted to the Capuchin catacombs of Palermo in Sicily.

Her body is kept in a small chapel at the end of the catacomb's tour and is encased in a glass covered coffin, placed on a marble pedestal. 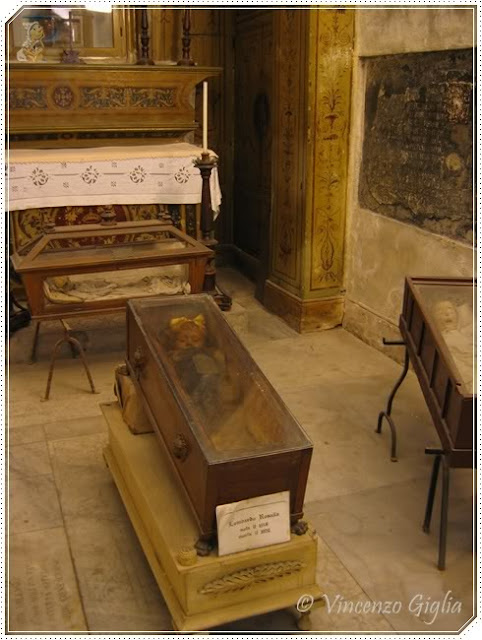