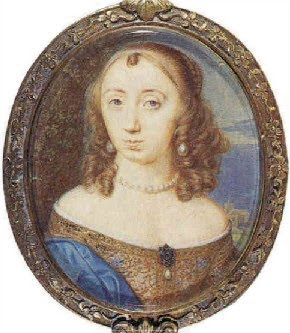 Lady Anne Fanshawe
1625-1680
Anne Harrison was the eldest daughter and 4th child of Sir John Harrison, and Margaret Fanshawe. She had three older brothers, John, William [killed in 1643] and Simon, and one younger sister, Margaret. Ann's wealthy childhood was spent in Balls Park, Hertfordshire. When Anne was 15, her mother died and her father remarried. Sir John declared for the King in 1642 and Roundhead soldiers arrested him at his house. While ostensibly retrieving some important papers, he slipped out of the house and fled to join King Charles at his exiled court in Oxford, sending for his other children to join him.

The Harrisons lived in genteel poverty in Oxford during the Civil War years before Oxford was seized by Parliament, living in a garret above a baker’s shop. Anne began a friendship with the notorious Lady Isabella Thynne, wife of Sir John Thynne who inveigled Ann into dressing in an angel costume and with Lady Isabella’s page and a singing boy, serenaded the ‘gigantic, choleric, woman-hating Dr Kettle’, President of Trinity College on his lawn.

Whilst at Oxford, Anne grew close to her Royalist cousin, Richard Fanshawe, who served as secretary to the Council of War, Ireland, between 1639 and 1641, and was appointed King's Remembrancer in 1641, and Secretary for War to the Prince of Wales in 1644. Also a close friend and envoy of the king, who reputedly called him 'Dick'. 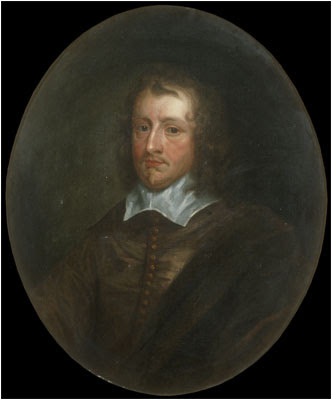 Richard Fanshawe
(1608 - 1666)
They married at Wolvercot Church in May 1644, the only guests apart from family were Edward Hyde, later Lord Clarendon, and Sir Geoffrey Palmer. The bridegroom was ‘of more than the common height of men,’ and so popular that everyone, even the King, called him Dick. They began married life on 20 pounds and the forlorn hope of their Sovereign's promise of eventual compensation.

In March 1645, Richard went to Bristol with the Prince of Wales, leaving Ann at Oxford, in delicate health, with scarcely a penny and a dying first-born. She relates how she was sitting in the garden of St. John's College breathing the air for the first time after her illness, when a letter came from Bristol, to her ‘unspeakable joy’ containing fifty gold pieces and a summons to join Mr. Fanshawe, and how there was a sound of drums beating in the roadway under the garden wall. She went up to the Mount to see Sir Charles Lee's company of soldiers march past, and as she stood leaning against a tree a volley of shot was fired to salute her, and she narrowly escaped being hit by a brace of bullets which struck the tree two inches above her head.

Thus began the long series of separations, reunions, hardships, and extraordinary adventures. From Red Abbey in Ireland, she and her babies and servants had to fly at the peril of their lives through ‘an unruly tumult with swords in their hands.’ On the Isles of Scilly she was put ashore more dead than alive, and plundered of all her possessions by the sailors. At Portsmouth she and her husband were fired upon by Dutch men-of-war, and another time they were shipwrecked in the Bay of Biscay.

Once, Anne borrowed a cabin boy's blue thrum-cap and tarred coat for half a crown to stand beside her husband on the deck when they were threatened by a Turkish galley on their way to Spain. After the Battle of Worcester, where Sir Richard was made a prisoner, during the wettest Autumn ever known, Ann walked along the Strand every morning to stand beneath his prison window on the bowling-green at Whitehall. She wrote that "the rain went in at her neck and out at her heels."

Sir Richard was released on parole by Cromwell, and for seven years the Fanshawes lived in comparative retirement until after the Lord Protector’s death in 1658, when they joined King Charles II in Flanders. There, Richard Fanshawe was appointed Latin Secretary and Master of Requests, and was knighted at Breda. The King presented him with a portrait of himself framed in diamonds, and sent him to Portugal to negotiate the King’s marriage to Catherine of Braganza, and then appointed him Ambassador to Spain. On June 26, 1666, he died in Madrid of fever at the age of fifty-eight. Ann set off overland to Calais with her baby son, 4 daughters under 14, and the body of her husband.

Her memoirs, dated May 1676, addressed to her only surviving son, Richard, are a vivid and fascinating account of the dangerous life she shared with her husband. Her story of tragedy, poverty and loss do not dilute the Fanshawe's passion for the Royalist cause. Between 1645 and 1665, Ann gave birth to fourteen children, of whom four daughters and one son lived to adulthood. Her account of her lost children is poignantly written in her own words:

My dear husband had six sons and eight daughters, born and christened, and I miscarried of six more, three at several times, and once of three sons when I was about half gone my time. Harrison, my eldest son, and Henry, my second son; Richard, my third; Henry, my fourth; and Richard, my fifth, are all dead; my second lies buried in the Protestant Church-yard in Paris, by the father of the Earl of Bristol; my eldest daughter Anne lies buried in the Parish Church of Tankersley, in Yorkshire, where she died; Elizabeth lies in the Chapel of the French Hospital at Madrid, where she died of a fever at ten days old; my next daughter of her name lies buried in the Parish of Foot's Cray, in Kent, near Frog-Pool, my brother Warwick's house, where she died; and my daughter Mary lies in my father's vault in Hertford, with my first son Henry; my eldest lies buried in the Parish Church of St. John's College in Oxford, where he was born; my second Henry lies in Bengy Church, in Hertfordshire; and my second Richard in the Esperanza in Lisbon in Portugal, he being born ten weeks before my time when I was in that Court. I praise God I have living yourself and four sisters, Katherine unmarried, Margaret married to Vincent Grantham, Esq., of Goltho, in the county of Lincoln, Anne, and Elizabeth.

Richard Fanshawe succeeded his father in 1666, and became the second Baronet. He is said to have been deprived of his hearing, and at length of his speech, in consequence of a fever, and to have died unmarried in 1695.  Ann Fanshawe’s memoirs are available online at Project Gutenberg.

I would like to extend a warm thank-you to my good friend, Anita Davison who kindly offered to share this biography.  Anita is passionate about her English roots and has done years of research into the 17th century, amassing a vast knowledge of its colorful personages and rich history. 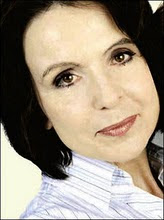 Anita Davison
Historical Fiction Author
Anita Davison is a published author of Historical Fiction with two novels set in 17th Century England. Born in London, the city's colourful history has always been part of her life. Fascinated by this era, she chose it as a backdrop to a story about an Exeter family caught up in the Rebellion of 1685. She is currently seeking a home for her latest wip, a Victorian Gothic Romance.
To learn more about Anita and her work visit her website or her blog, The Disorganised Author

Wow - sounds like a roller coaster ride of a life.... I enjoy very much reading about this period - what an interesting subject - thank you indeed for sharing

A great site, Mirella. Love all of your articles. Good job.

Went to your old blog first and the address given has an extra period after 'com' which makes it difficult to find your new blog.