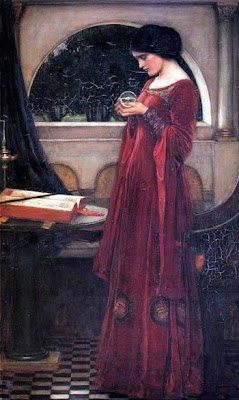 Ursula Sontheil
1488 - 1561
Soothsayer
Prophetess
I was born Ursula Sontheil in 1488 in a cave beside the river Nidd in North Yorkshire, England, but the world knows me as Mother Shipton.  Close by was an ancient well with supposed mystical powers.  I was reputed to be hideously ugly and I am credited with today's images of a witch who is ugly with a pointed nose and warts. 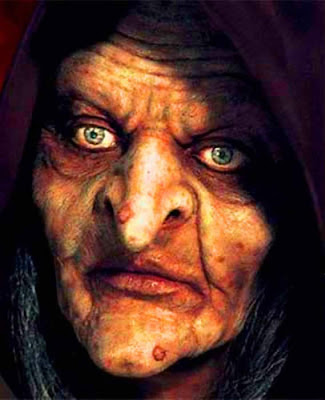 I married Toby Shipton, a local carpenter, near York in 1512 and told fortunes and made predictions throughout my life.

The first publication of my prophecies, which did not appear until 1641, eighty years after my death, contained a number of mainly regional predictions, but only two prophetic verses -- neither of which foretold the End of the World, despite widespread assumptions to that effect.

I prophecied the Great Fire of London.  The Royal family were heard to discuss my prophecy of the event.

Quite who I was or what exactly I said not definitively known. What is certain is that my name became linked with many tragic events and strange goings on recorded all over the UK, Australia and North America throughout the 17th, 18th, and 19th centuries.

Many fortune tellers used my effigy and statue and many pubs were named after me. Only two survive, one near my birthplace in Knaresborough and the other in Portsmouth where there is a lifesize statue of me above the door.

There is a small moth native to Yorkshire named after me. It seemingly bears a profile of a hag's head on each wing.

I predicted the fates of several rulers within and just after her lifetime. I envisioned the invention of iron ships, and then the destruction of London, and even the end of the world.

Here are some of my predictions:


Carriages without horses shall go,
And accidents fill the world with woe.
Around the world thoughts shall fly
In the twinkling of an eye.
The world upside down shall be
And gold be found at the root of a tree.
Through hills man shall ride,
And no horse be at his side.
Under water men shall walk,
Shall ride, shall sleep, shall talk.
In the air men shall be seen,
In white, in black, in green;
Iron in the water shall float,
As easily as a wooden boat.
Gold shall be found and shown
In a land that's now not known.
Fire and water shall wonders do,
England shall at last admit a foe.
The world to an end shall come,
In eighteen hundred and eighty one.
Mother Shipton's Cave 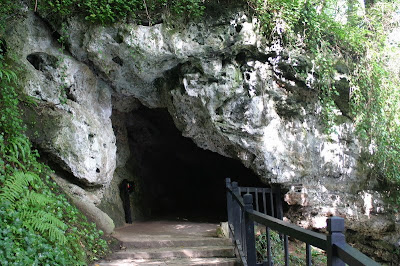 Hearts Turned said…
Another wonderful story of such an interesting woman! Thank-you, Mirella, for introducing me to so many that I was unaware of...I love history, and am always so eager to learn more!

Hope you're having a most beautiful day!