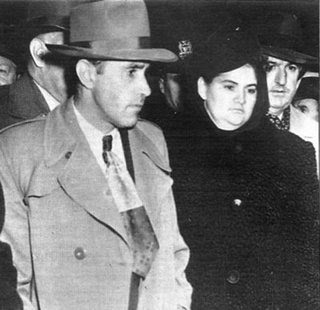 Raymond Fernandez was born on December 17, 1914 in Hawaii to Spanish parents. Shortly thereafter, they moved to Connecticut. As an adult, he moved to Spain, married, and had four children, all of whom he abandoned later on in life.

After serving in British Intelligence during World War II, Fernandez decided to seek work.  Shortly after boarding a ship bound for America, a steel hatch fell on top of him, fracturing his skull, and injuring his frontal lobe.  The damage left by this injury may well have affected his social and sexual behavior.

Upon his release from a hospital, Fernandez stole some clothing, and was imprisoned for a year, during which time his cellmate taught him voodoo and black magic. He later claimed black magic gave him irresistible power and charm over women.

After having served his sentence, Fernandez moved to New York City and began answering personal ads by lonely women. He would wine and dine them, then steal their money and possessions. Most were too embarrassed to report the crimes. In one case, he traveled with a woman to Spain, where he visited his wife and introduced the two women. His female traveling companion then died under suspicious circumstances. He then took possession of her property with a forged will.

In 1947, he answered a personal ad placed by Martha Beck.

Martha Beck was born Martha Jule Seabrook on May 6, 1920 in Milton, Florida.  Due to a glandular problem, she was overweight and went through puberty prematurely. At her trial, she claimed to have been sexually assaulted by her brother. When she told her mother about what happened, her mother beat her saying she was responsible.
After she finished school, she studied nursing, but had trouble finding a job due to her weight.  She initially became an undertaker's assistant and prepared female bodies for burial. She quit her job and moved to California where she worked in an Army hospital as a nurse.  She engaged in sexually promiscuous behaviour, and eventually became pregnant. She tried to convince the father to marry her but he refused. Single and pregnant, she returned to Florida.

She carried out an elaborate charade in which she claimed that the father was a serviceman she married, later claiming that he had been killed in the Pacific Campaign.  The town mourned her loss and the story was published in the local newspaper.  Shortly after her daughter was born, she became pregnant again by a Pensacola bus driver named Alfred Beck. They married quickly and divorced six months thereafter, and she gave birth to a son.

Unemployed and the single mother of two young children, Beck escaped into a fantasy world, buying romance magazines and novels, and seeing romantic movies.  In 1946, she found employment at the Pensacola Hospital for Children. She placed a Lonely Hearts ad in 1947, which Raymond Fernandez then answered.

Fernandez visited Beck and stayed for a short time, and she told everyone that they were to be married.  He returned to New York while she made preparations in Milton, Florida, where she lived. Abruptly, she was fired from her job, likely because of rumors about her and Fernandez.  She then packed up and arrived on his doorstep in New York.  Fernandez enjoyed the way she catered to his every whim, and he confessed his criminal enterprises.  Beck quickly became a willing participant, and sent her children to the Salvation Army. She posed as Fernandez' sister, giving him an air of respectability.  Their victims often stayed with them, or with her. She was extremely jealous and would go to great lengths to make sure he and his "intended" never consummated their relationship. When he did have sex with a woman, both were subjected to Beck's violent temper. 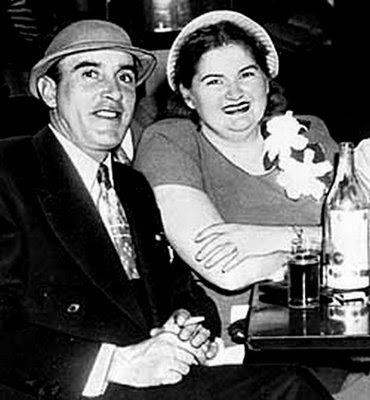 In 1949, the pair committed the three murders of which they would later be convicted. Janet Fay, 66, became engaged to Fernandez and went to stay at his Long Island apartment. When Beck saw her and Fernandez in bed together, she smashed Fay's head in with a hammer in a murderous rage, and then Fernandez strangled her. Fay's family became suspicious, and the couple moved on to a new victim.

They traveled to Byron Center Road in Wyoming Township, Michigan, a suburb of Grand Rapids, to meet Delphine Downing, a young widow with a two-year-old daughter. While they stayed with Downing, she became agitated, and Fernandez gave her sleeping pills. Enraged by Downing's crying daughter, Beck strangled her, though not killing her. Fernandez thought Downing would become suspicious if she saw her bruised daughter, so he shot the unconscious woman. The couple then stayed for several days in Downing's house. Again enraged by the daughter's crying, Beck drowned her in a basin of water. They buried the bodies in the basement, but suspicious neighbors reported their disappearance, and police arrived at their door on February 28, 1949.

Fernandez quickly confessed, with the understanding that they would not be extradited to New York; Michigan had no death penalty, but New York did. They were extradited, however. They vehemently denied 17 murders that were attributed to them, and Fernandez tried to retract his confession, saying he only did it to protect Beck.

Their trial was sensationalized, with lurid tales of sexual perversity. Beck was so upset about the media's comments about her appearance that she wrote letters to the editor protesting.

Fernandez and Beck were convicted of the three murders and sentenced to death. On March 8, 1951, both were executed by electric chair.

Despite their tumultuous arguments and relationship problems, they often professed their love to each other, as demonstrated by their official last words:

"I wanna shout it out; I love Martha! What do the public know about love?"Raymond Fernandez

"My story is a love story. But only those tortured by love can know what I mean [...] Imprisonment in the Death House has only strengthened my feeling for Raymond...."

Heart of the Wood said...

Amazing story! Has this been made into a movie? They sound so human, so messed up.

I love twisted murderous love stories. I read about this couple years ago in a serial killer enclopedia of sorts. Fascinating how their common goal of deciet and tretchery created such a strong bond of love right to the end.

They always say that truth is stranger than fiction. Glad you enjoyed the story. It amazes me how people can get so far off track.

there is a movie and it is called "Lonely Hearts" it has john travolta in it. it is a pretty accurate movie.