Lizzie Borden Took An Axe and Gave Her Mother 40 Whacks! 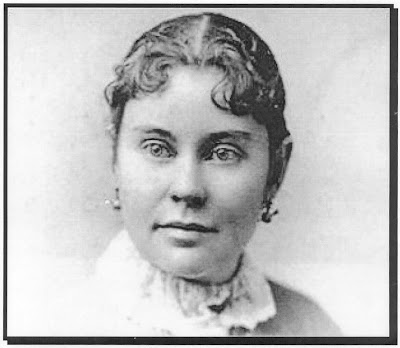 To this very day, the horrific tale of Lizzie Borden is still talked about.

Lizzie Borden was born in Fall River, Massachusetts on July 19, 1860. When she was three years old, her mother Sarah Borden died, leaving both Lizzie and her elder sister, Emma motherless. Their father, Andrew Borden, soon remarried a woman named Abby Durfree Gray in 1865 and the newly formed family lived a relatively quiet life in their home on 92nd Street.

Lizzie and Emma grew to womanhood. Lizzie was a strong churgoer and taught Sunday School, belonged to Church organizations, and even travelled a little. Lizzie Borden's father was a hard working man and had acquired a significant amount of wealth, but he was stingy with his money, spending little, even refusing to add modern plumbing to their relatively nice home of decent size. 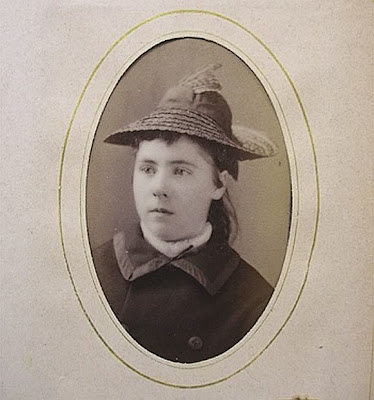 In 1884, Andrew bought his wife's half-sister a home. This incensed the two sisters who objected vehemently. Conflict within the home escalated. The siblings fought with their stepmother and referred to her as "Mrs. Borden" instead of "mother".

In an effort to eliminate the growing hostility between his daughters and his wife, Andrew gave Lizzie and Emma some money of their own and permitted them to rent out his old family home. But tension between the three women continued to grow. When some thefts were discovered from Andrew and Sarah's bedrooms, each member of the family bought and installed locks for all their bedroom doors. 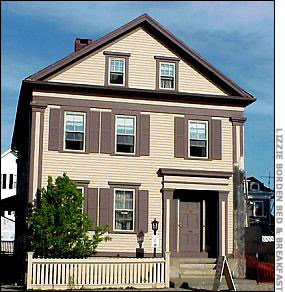 In July of 1892, Lizzie and Emma went to visit some friends. Lizzie returned soon thereafter, but Emma remained. During the same time, Lizzie's uncle, the brother of her deceased mother, came to stay at the house for a visit. In early August, Andrew and Abby fell ill with an attack of vomiting. Abby confided to a friend that she suspected someone had poisoned her. On August 4, Lizzie's uncle and father went into town together. Andrew returned home without his brother-in-law and and lay down for a nap in the sitting room.

The family's maid was also taking a nap at this time and was awoken by Lizzie who urged her to come downstairs. Lizzie's father had been murdered, hacked in the face and head with an axe or hatchet. Lizzie said it happened while she was in the barn. The doctor was sent for. Upon his arrival, they discovered Abby dead in a bedroom, also hacked numerous times. 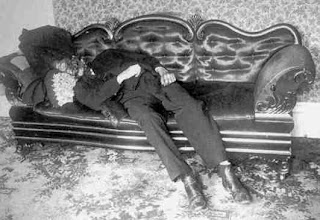 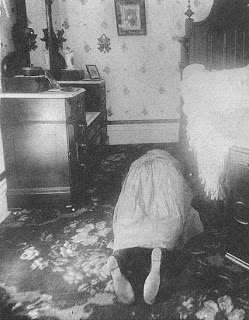 When evidence revealed that Lizzie had tried to burn a dress several days after the murder and that she'd tried to purchase poison, Lizzie Borden was arrested even though there was no bloodstained clothing found and only a washed, very clean hatchet made to look dirty was discovered in the cellar.

The widely publicized trial of Lizzie Borden commenced June 3, 1893 and popular opinion as to her innocence or guilt was split. Some Massachusetts feminists wrote in Lizzie Borden's favor and other townsfolk vehemently voiced their anger at her guilt.

Lizzie Borden never testified because she was adamant she had been in the barn searching for fishing equipment and eating pears outside while the murders were occuring. She insisted that she was innocent and kept her silence and allowed her lawyer to speak on her behalf.

Lack of direct evidence failed to convince the jury of her guilt and she was acquitted on June 20, 1893.

Afterwards, Lizzie continued to live in Fall River, but bought and lived in a new, much bigger home called "Maplecroft". She called herself Lizbeth instead of Lizzie. She and Emma lived in their new home together until they argued sometime in 1904 or 1905. Lizzie and Emma owned many pets, and left their estates to the Animal Rescue Leauge. 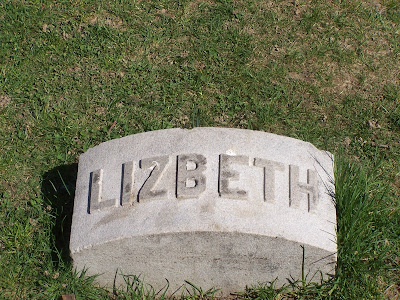 Lizzie Borden died at Fall River, Massachusetts, in 1927. She never outlived her notorious reputation as a murderess. She was buried next to her father and stepmother. The home in which the murders took place was turned into a bed-and-breakfast in 1992 and is now a popular tourist spot. 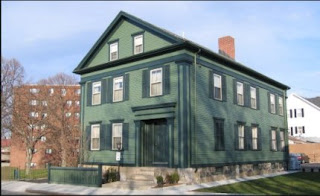 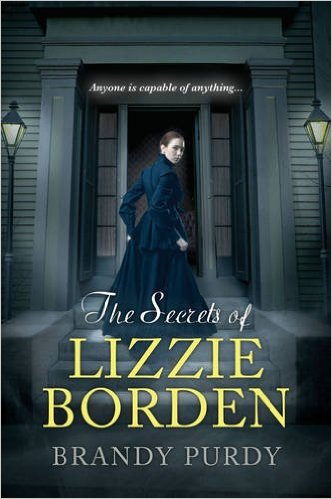 In her enthralling, richly imagined new novel, Brandy Purdy, author of The Ripper’s Wife, creates a compelling portrait of the real, complex woman behind an unthinkable crime.Lizzie Borden should be one of the most fortunate young women in Fall River, Massachusetts. Her wealthy father could easily afford to provide his daughters with fashionable clothes, travel, and a rich, cultured life. Instead, haunted by the ghost of childhood poverty, he forces Lizzie and her sister, Emma, to live frugally, denying them the simplest modern conveniences. Suitors and socializing are discouraged, as her father views all gentleman callers as fortune hunters. Lonely and deeply unhappy, Lizzie stifles her frustration, dreaming of the freedom that will come with her eventual inheritance. But soon, even that chance of future independence seems about to be ripped away. And on a stifling August day in 1892, Lizzie’s long-simmering anger finally explodes…Vividly written and thought-provoking, The Secrets of Lizzie Borden explores the fascinating events behind a crime that continues to grip the public imagination—a story of how thwarted desires and desperate rage could turn a dutiful daughter into a notorious killer.

The story of Lizzie Borden and the murder of her parents have fascinated generations. Did she or didn't she do it? This question circulates to this very day. Now, Brandy Purdy has stepped up and wrote a compelling biographical novel about Lizzie Borden, her life, and her dark motivations. Anyone who reads a novel by Brandy Purdy must be prepared for a grippingly well told story that often bend the facts to enhance the story. And that's what I love most about Brandy Purdy! She knows how to spin a tale and make it soar. She definitely did just that with The Secrets of Lizzie Borden.

By using a very person, first personal narrative, the author knows how to delve deep inside her protaganists thoughts and emotions to make them larger than life, and that's what stands out the most about this novel. Lizzie Borden became so real that I truly felt I understood her and why she did what she did. I instinctively knew that I was not supposed to like or hate her - rather to comprehend her motivations.

This book definitely left me haunted, exposed to conflicting feelings of loathing and understanding. And that's the sign of a great book. For anyone who loves biographical murder mysteries and novels set in Victorian times, then this is a book you have to read. Compelling, engrossing, shocking! I loved it.
- Thursday, March 03, 2016

How interesting - i wonder what the truth is.

Lizzie, Lizzie. I read a number of books on her (and her sister) in my middle school days. I always enjoyed the theory that her sister did it. I rather think they planned it together. Pears and sinkers, eh?

I love the detail about the bed and breakfast!

Lizzie Borden is a fascinating case. I watched a documentary about her years ago. I think she did it. She had opportunity. No one else was around, and she obviously had had enough of her scrooge father hoarding the money. No plumbing! Well, we'll see about that!

I'm not sleeping there, I don't care how good the continental breakfast is!

I reviewed this book for Brandy also and I found it to be very interesting, we will never know if she did it or not but even if she did it, mind you I don't condone murder, I would say that she had a lot of reason to do it and I felt very sympathetic towards her. Not only that we share a birthday, July 19th...lol