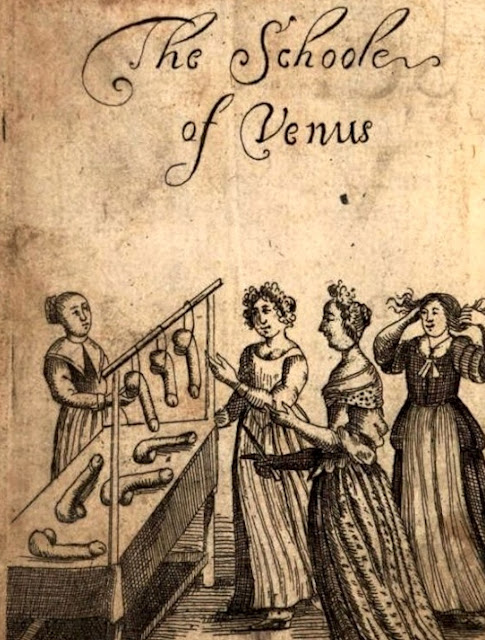 I've been working on a new novel which takes place in 17th century France and New France when I stumbled upon this little gem of a book. The author wrote it in 1680 but chose to remain anonymous.
The cover is self-explanatory, but if you choose to read further, you will find it full of drawings and descriptions about the "deed" itself. .

The book clearly proves that men and women of this era were far from inhibited when it came to sex. The story is told in dialogue form between the two main characters who are a young teenage virgin named Katy, the young man named Roger who wishes to make her a woman, and her sexually experienced cousin, Frances who likes to be called "Frank".

I found the book amusing, of course, and it did provide a bit of fodder for my current work in progress.

You can access the book for free for your reading device at: