Edith of Wessex - The Confessor's Wife

In a time when barren wives were customarily cast aside, how did Edith not only manage to stay married to King Edward the Confessor, but also become his closest advisor, promote her family to the highest offices in the land, AND help raise her brother to the throne? She was obviously highly regarded in her day: she is one of only three women depicted in the Bayeux Tapestry. And highly educated, speaking several languages and having studied grammar, mathematics, rhetoric, weaving, and embroidery, among other things.

With her family’s constant betrayal, her mother-in-law’s condescension, and the upheaval facing the country, Edith’s path is complicated and, at times, treacherous, and her position by no means secure. Still, she both survived AND thrived. Truly a fascinating woman! 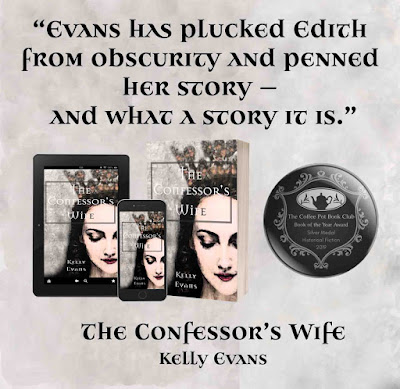 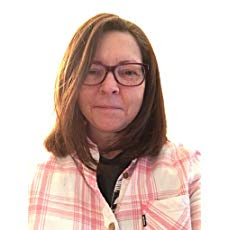 Born in Canada of Scottish extraction, Kelly Evans graduated in History and English from McMaster University in Ontario, Canada. After graduation, she moved to the UK where she worked in the financial sector. While in London Kelly continued her studies in history, focussing on Medieval History.

Kelly now lives in Toronto, Canada with her husband Max and two rescue cats. Her books include The Confessor’s Wife, The Northern Queen, The Mortecarni, and Revelation, all set in Medieval Europe. Kelly's first children's book will be released soon, a historical ghost story, as will her first young adult historical fiction novel, about Elizabeth I. When not writing, Kelly enjoys reading, playing medieval recorder, and watching really bad old horror and sci-fi movies, preferably with lots of popcorn.